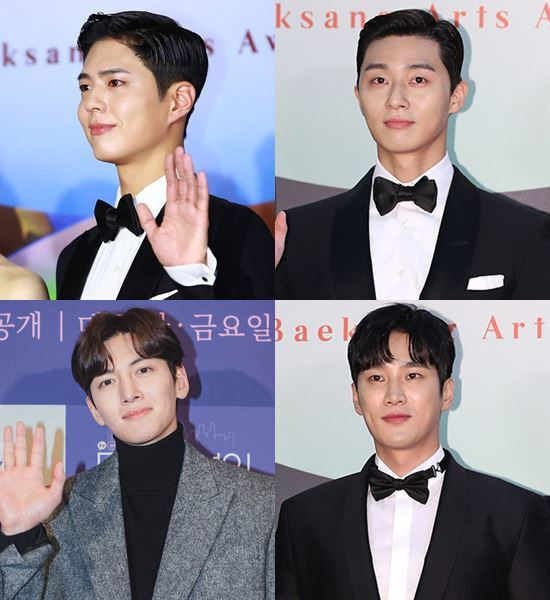 Park Bo Gum, Park Seo Joon, Ji Chang Wook, and Ahn Bo Hyun are in talks to join a new travel variety show.
According to reports on May 13, the 4 actors are in talks to join a brand new travel variety show by producer Kim Sung Yoon.
Kim Sung Yoon sent offers to Park Bo Gum, who starred in his project ‘Love in the Moonlight’, Park Seo Joon and Ahn Bo Hyun starred in ‘Itaewon Class’, and Ji Chang Wook, who appeared in his project ‘The Sound of Magic’.
CR: Allkpop
original post: here
1. Hul this made me realize how Park Bogum really discharged now ㅋㅋㅋㅋ
2. It’s been 15 days since Park Bogum dischargedㅋㅋㅋ ^^ Don’t waste your face and let’s work hard ㅋㅋ
3. Park Bogum, let’s work hard. To all the actors, fighting
4. ? Why is Ji Changwook here?
5. Everything about this just look so boringㅋㅋㅋ
6. Oh it would’ve been better if Ahn Bohyun wasn’t here
7. What’s up with the comments……
8. Just what’s wrong with the comments? Until when are you guys gonna bring up their past and hate on them?
9. I thought that everyone liked this so that’s why there are a lot of comments but people are commenting because of his cult?ㅋ
10. Why Ahn Bohyun……
11. Park Seojoon is fun so I’m looking forward to this
12. What is this combination? I thought they were close but turns out all of them are close with the PD
theqoo