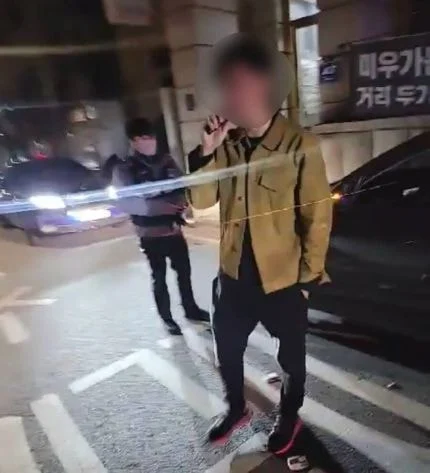 A photo taken at the scene of a famous idol group leader being caught drunk and driving has been released.
On the 7th, through the community board, YouTuber Caracula said, “On the night of March 6, in Sinsa-dong, Gangnam-gu, Seoul, the leader of a famous male idol group, Mr. A, was caught by the police while driving drunk,” and released a photo.
In the published photo, a man with a reddish face is making a phone call in the middle of the night. They also drew netizens’ attention by announcing, “Tonight at 10 PM, Caracula TV will acquire a video of the drunk driving scene and release it live.”
The face is blurred, so it is difficult to identify the idol group leader who was caught drunk driving only from the published photos and descriptions. However, netizens showed interest by pouring out their own speculations and foretelling controversy.
Source: https://n.news.naver.com/entertain/article/477/0000345989
original post: here
1. Who is CSS? (T/N: people are speculating that the initials of the idol’s name were CSS)
2. Choi Soonshil, f*ckㅋㅋㅋㅋㅋㅋㅋㅋㅋㅋㅋㅋㅋㅋㅋㅋㅋㅋㅋ
3. Why can’t I think of anyone else than Choi Soonshil?ㅋㅋㅋㅋㅋㅋㅋㅋㅋㅋㅋ
4. F*ck, I can’t think of another CSS than Choi Soonshilㅋㅋㅋㅋㅋㅋㅋㅋㅋㅋㅋㅋㅋㅋ what the? Who else is called CSS aside from Choi Soonshil?ㅋㅋㅋ
5. If they release the footage and it’s not Choi Soonshil, I’ll be disappointed😞
6. Because the comments before were all mentioning Choi Soonshil, I can’t think of anyone else… ㅠㅠㅠ
7. Just how much did he drink that his face turned this red?
8. So he’s born in the 80’s and his initials are CSS? I think that the CSS leader is living in Japan right now though?
9. F*ckㅋㅋㅋㅋㅋㅋㅋ Choi Soonshil is indeed famous
10. Is that the guy who used to promote in Japan?? CSS
11. So Choi Soonshil debuted as a male idol… I didn’t know
12. I burst out laughing at Choi Soonshilㅋㅋㅋㅋㅋㅋㅋㅋㅋㅋㅋㅋㅋㅋㅋㅋㅋㅋㅋㅋㅋ
[theqoo] “THE FAMOUS IDOL GROUP LEADER WHO GOT CAUGHT DRUNK DRIVING IS ZE:A’S MOON JUNYOUNG”… HIS 2ND DUI 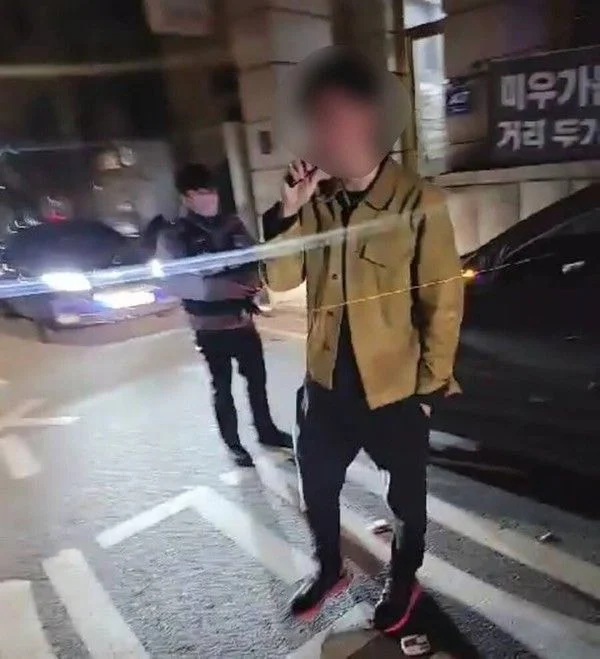 The leader of a famous idol group caught drunk driving was Moon Junyoung from ZE:A.
Through a live broadcast on the afternoon of the 7th, YouTube Caracula said, “ZE:A’s Moon Junyoung was caught driving drunk and was caught by the police on the 6th.”
According to Caracula, Moon Joonyoung was caught by the police on charges of drunk driving near Eonju-ro, Gangnam-gu, Seoul late at night on the 6th.
source: https://n.news.naver.com/entertain/article/477/0000345999
original post: here
1. But ZE:A are indeed a famous idol group
2. To be honest, who are you?
3. I was suspicious of my bias group for nothing
4. I’m not surprisedㅋㅋ ZE:A’s Moon Junyoung had so many controversies in the past so he’s just someone who gets into troubles a lot ㅇㅇ
5. So what’s with the CSS?ㅋㅋ
6. He’s from the group that had Im Siwan, Hwang Kawnghee, Park Hyungsik and Kim Dongjoon
7. So he was the leader..
8. Who?
9. I know about ZE:A… but I’ve never heard of him…
10. He’s indeed a leader of a famous group but I thought that it would’ve been a more famous group;;;
11. His group is indeed popular butㅋㅋㅋ I’ve never heard of his name ㅠ
12. 2nd offense… aigoo
theqoo