“Aespa needs this level of security” 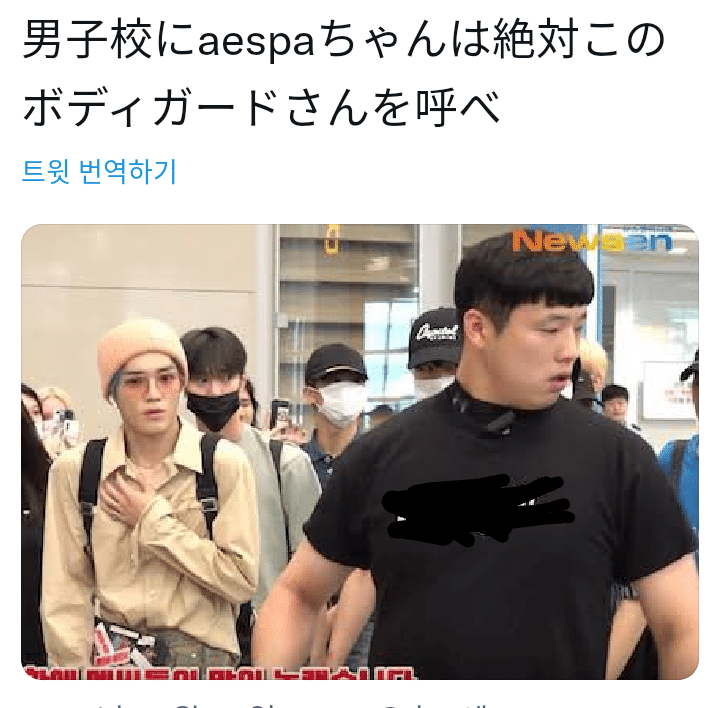 “The boys school should’ve called this kind of bodyguard there”
“If you think that this is a lot of men, it was an all-boys school… I can understand their feelings but they need to keep their manners. And the security system was way too lose”
There were a lot of people pointing out the lack of strong security

“Where the hell are the “good guys” that appear a lot in Korean dramas?”
ㄴ Yah this is why it’s called “drama”
ㄴIt’s sad
“This is the reason I can’t believe Korean dramas. “This country”‘s people don’t have the bare minimum when it comes to kindness and it’s scary. Most of the people in my country have it. I pity the people who are trapped in this kind of environment everyday”
“Let my idols leave that country”
“I’m telling you this country’s education system… They receive education by being locked up while studying from morning to night, but their manners education failed them”
“Maybe it’s because the country is too conservative… They use the word s*x as a taboo and with antipathy. They just end up looking dumb”
“If you look at today’s events, you can roughly see that the level and concept of s*x education in famous high schools in Korea is backwards….”
etc.
There are a lot of people bashing Korean society.
+ There are a lot of complaints about SM, but most of them are copy pasted from each other.
+ I removed the ones with the severe swears
original post: here
1. It’s clear that our manners education has failed us
2. I feel like the influence of the twisted internet culture has been way too huge
3. Seriously we all receive the same kind of education, so I can’t understand why there’s such a severe gap in the level of education (t/n: between genders)…; I don’t think it’s right to say that there’s a lack of fundamental education when most of female students will never act like that
4. So the rumors about Korean incels have been spread all over the worldㅋㅋ
5. Just try to write ‘s*x’ after meeting a woman overseas, you’ll seriously be treated as severely ignorant or mentally illㅋㅋㅋㅋ Our standards are so low
6. Our country seriously lacks manners. The moment you go overseas, you’ll find out
7. Our men considers manners as some f*cking mysterious thing, what do you think can come out of it?… The rest of the world needs to know more about our menㅋㅋ
8. I can totally agree about the fact that our education failed us
9. What they said is true, it’s a national embarrassment
10. Seriously our culture is becoming more and more like ilbe… Everything is weird here
theqoo