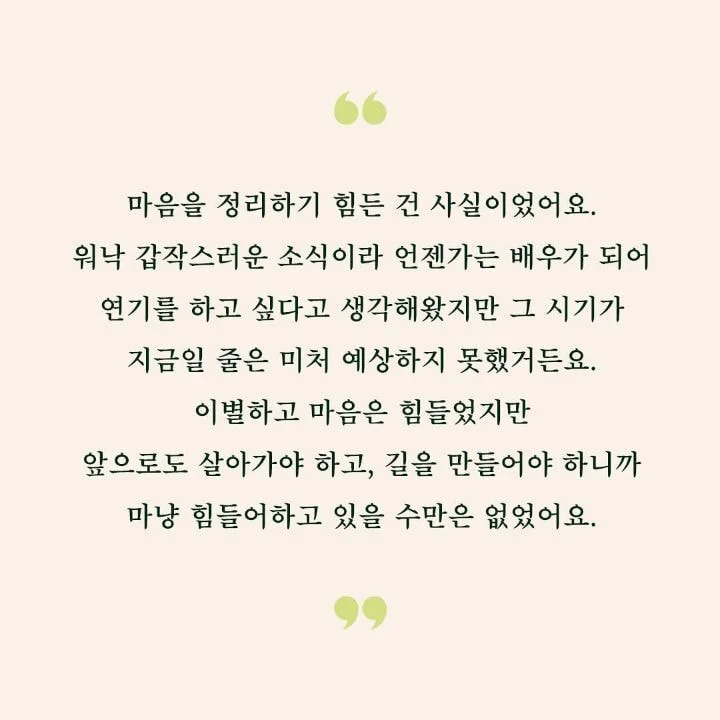 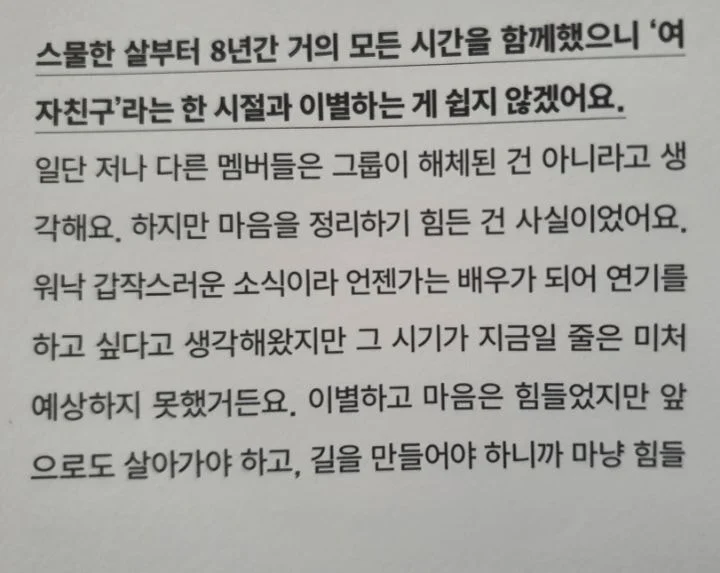 “Ever since I turned 21, we spent almost all of my past 8 years together with Gfriend. It’s not easy to just part ways with this period.
First of all, me and the members don’t consider this as a group disbandment. However, it’s true that it hard for me to organize my feelings over this.
Because it was such a shocking/out of the blue news. I’ve always planned to become an actress and thought about its before, but never expected that time to be right now.
I hard a hard time parting ways [with Gfriend] but I need to continue living my life, and I need to build my road, I can’t just keep on struggling. Of course, it took time to start seeing this situation in a more rational way. Right now, almost a year has past, and the members have all accepted our fate and got adjusted to it. Actually, I think I’m the one who got adjusted to it the least.”
SCAN VIVIZ SinB (t/n: we will just translate the commentary) 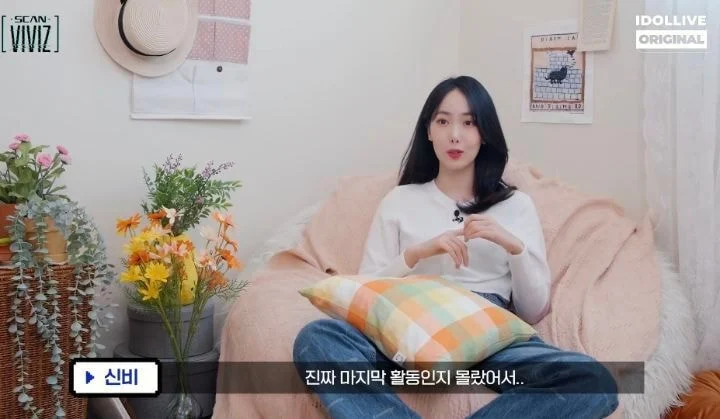 ‘I seriously didn’t know that this would be our final promotion..

I couldn’t tell [the fans] ‘we’re not doing this anymore, Gfriend isn’t renewing the contract anymore’. So actually, one month before the disbandment article went out, if you watch the Vlive we did together, you’d realize that the members were crying. The fans were cheering us on the video saying ‘unnies, please don’t cry’.
We thought that we wouldn’t cry on the day that the article was coming out, but we cried so much…We were living 3 by 3 in a dorm, I was with Sowon unnie and Eunha unnie? In the morning, when we saw the contract termination article, we all came out from our rooms at the same time and started crying…. We thought we wouldn’t be crying, but we were all crying.
It was especially hard for me last year, we were trying to not make it obvious in front of the fans, seriously it was such a hard time for all of us. I never knew I could cry so much. I thought I have cried every tear in my body last year, I think that Gfriend will come back together someday and release an album together”
original post: here
1. Gfirend needs to reunite as a group in the future…
2. Seriously why did Hybe dissolve Gfirend? There must’ve been something they tried to achieve by doing this? Otherwise why would they do it..
3. Hybe is a mess themselves, but I seriously can’t understand Source Music. When you see how Nu’est disbanded (of course, looking at the contract renewal probability rationally, and how the market has changed), Pledis has taken care of ending things in the best way possible. But Source Music became a big company thanks to Gfriend, so I can’t help but wonder why they acted like that.. No but thinking about this, Pledis also terminated Pristin in a thug way, what is their issue?
4. Both Hybe and Source Music suck. Seriously terminating someone who’ve worked or you for 8 years and just cutting them off like that is beyond unmannerly. If they were regular employees, they could’ve filed for unfair dismissal..
5. They shifted all the manpower towards Le Sserafim and Hybe shifted their investment to Le Sserafim. Of course, Bang Sihyuk is the general manager, but Gfriend’s termination has nothing to do with himㅋㅋㅋ Le Sserafim was mediaplayed by Hybe as their first girl group indeed, but the ones who were in charge of renewing Gfriend’s contract was Source Music after all.
6. I still can’t understand this. They were delivering good results and they were all working towards a common purpose. The fandom was also strong and they had a good relationship between them. They were definitely not considered flops, so I don’t understand the disrespectful termination? Seriously those f*ckers are beyond comprehension… You can tell just from watching Queendom that these girls will always be filled with love for their group. They will surely reunite one day, but because of that thug company, they will never be able to use Gfriend’s name
7. What a trash company, do they think they’ll able to remake a group as good as Gfirend?
8. Anyone can tell that the termination was done dirtily, why are there so many company shielding bugs claiming that Gfriend wanted to disband and didn’t want to renew?  You guys are doing all this just to claim that Le Sserafim is Hybe’s first girl group and pretend that you never knew Gfriend happened?????
9. They did all this just to release Le Sserafim? Seriously those bast*rds
10. Disbanding Gfriend to release a right-wing and a school violence offender
theqoo