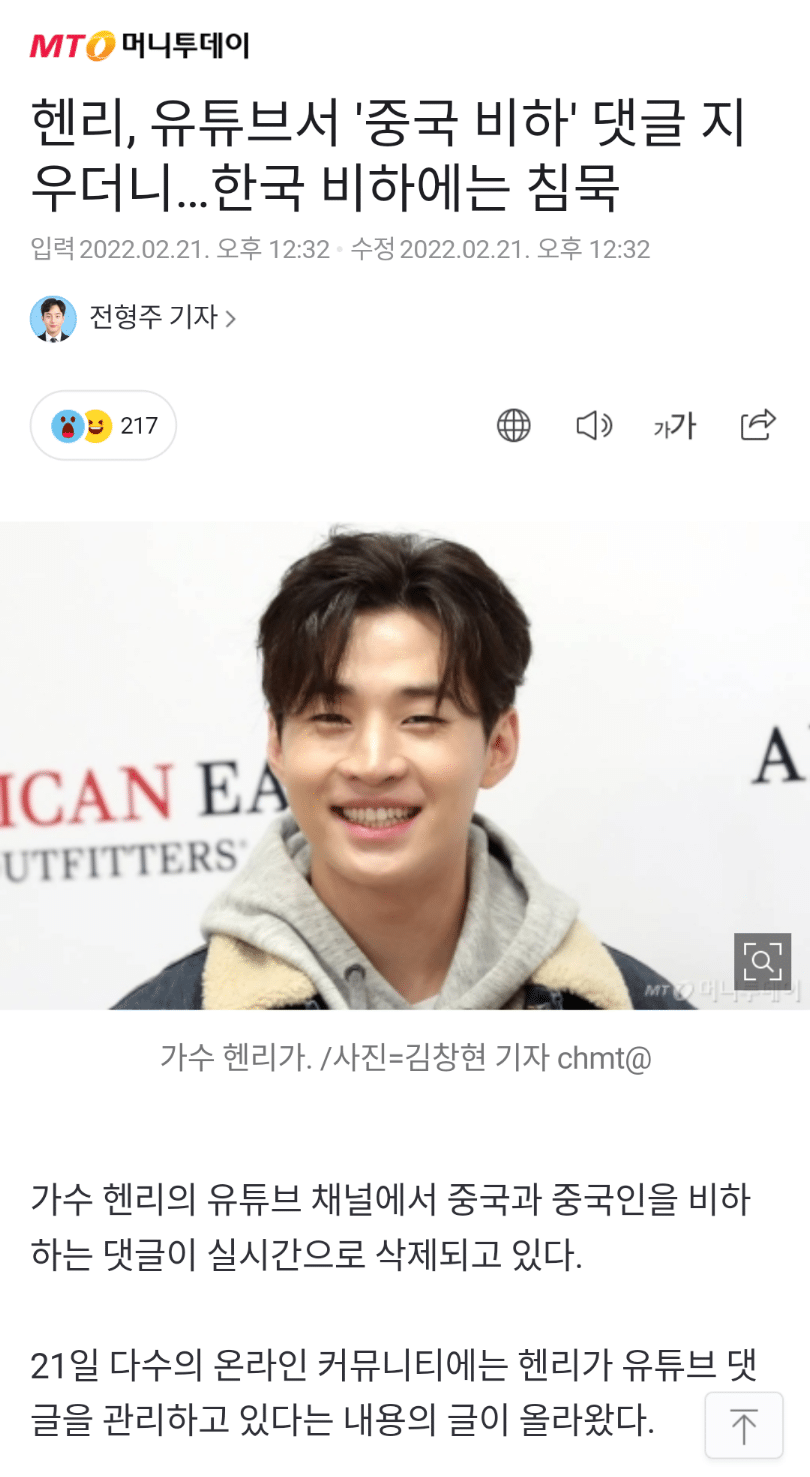 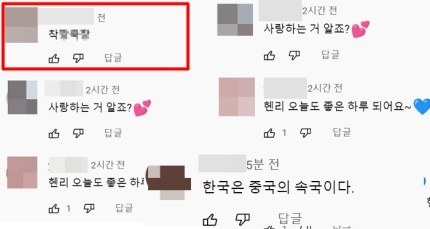 A screenshot of comments on a vlog that Henry published in September of last year was attached to the related article. The comments were full of awkward translated sentences. Along with writings expressing affection for Henry, there were also some comments degrading Koreans, such as referring to Korea is a minor to China.
However, comments criticizing China and the Chinese were immediately deleted. Comments degrading Chinese people continued until the morning of the 21st, but all were deleted in less than a minute.
…
In particular, in ‘Street Dance of China 4’ in which Henry appeared, there was a scene where Chinese people danced with the sound of ‘Heungbuga’ in the background, a traditional Korean pansori, wearing a durumagi hanbok, which caused a heated debate among netizens.
source: http://naver.me/FwkTibgE
original post: here
1. He used the fact that he’s a Canadian to appeal to us, but as expected, he’s a Chinese idol, just stop already… SM plrease
2. This guy only learned Chinese because he came to Korea and started attending academies to learn it.
He doesn’t care about what he does anymore since all he can see is money. Aren’t his parents Taiwanese and Hong Konese?
Usually a forerunner always shows loyalty to where they come from so this is even more ironic. Must be nice of him being Canadian
3. Disgusting ㅗ
Because of him, I stopped eating Papajohns’ brownies, just why did they cast him?ㅋㅋㅋ
4. F*ck I hate seeing his face. He’s a foreigner who came to our country to use us, get filled with cash, and sold our country away
5. Still I bet there are a bunch of kids who will choose to stan him ㅡㅡ
Honestly, he’s not even Chinese so why is he acting like that?
6. I hope Korean broadcasts stop using him! He’s been in these controversies for years, I can’t understand why they keep using him
7. Stop earning money in Korea you bat-eared bast*rd
8. Don’t come to Korea~
9. Don’t even come back to Korea and go live in China
theqoo