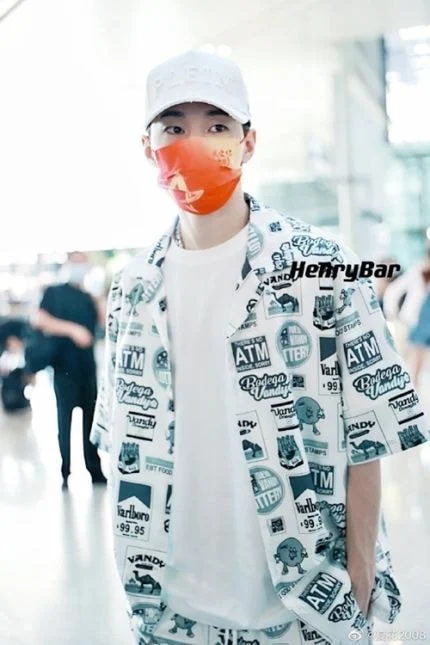 Jet Li · Liu Yifei also disappeared… ‘Black-haired foreigners’ starting to get expelled.
In the midst of the ‘authentic movement’ of Chinese popular culture, it is mandatory for foreigners to specify their nationality as subtitles for actors and staff appearing in a drama.
According to the ‘Drama Production Standards’ published on the 22nd by the General Bureau of State Administration of Radio, Film and Television in China, the introductory subtitles appearing at the beginning or end of the drama should indicate the nationality of the foreign nationality cast or staff.
In the past, Chinese broadcasters used to indicate the nationality of their performers, but now it is compulsory.
source:
http://naver.me/Ge3dEvYl
No matter how pro-Chinese you mention you are, you must have Chinese nationality to appear on Chinese TV.
original post: here
1. Go back to Canada
2. I’ll support your Chinese activities!!!
3. Stop using our country and just go ah, just go already~~
4. All things aside, who was the person who chose him to represent the Mapo police? (T/n: he was elected anti-bullying ambassador for Mapo police). I’m curious. Just get rid of him already. This bast*rd is an opportunist who will accept anything if money is involved, there’s no need to talk about him anymore
5. Can he go already… He’s deluding himself into thinking that we hate him because of his blood, does he think that Korea is easy?
6. Ah this is f*cking hilariousㅋㅋㅋㅋㅋㅋㅋㅋㅋㅋ He gives me goosebumps f*ck. Every country is kicking him out
7. I Live Alone, don’t even think of making him appear for the slightest bit
8. Don’t be ssorry (t/n: mocking his typo) and just go ^^
9. Looks like he wants to keep his spot on I Live Alone
10. He’s too greedy for money. Your reputation is ruined in Korea, just go naturalize yourself in China
[theqoo] HENRY ‘NO PAYMENT’ GLADLY ACCEPTED BEING AN AMBASSADOR… POLICE WITHDRAWS HIM ‘IN CONSIDERATION’ 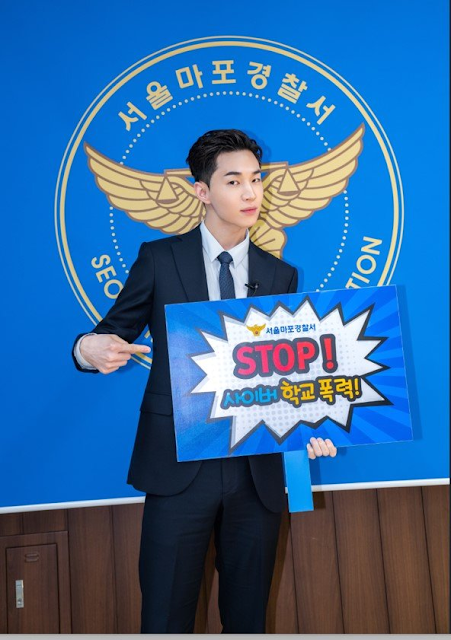 When singer Henry was appointed as an ambassador for the police’s ‘School Violence Prevention’, public opinion against it were strong. […] The police are taking the situation seriously and considering whether to withdraw Henry’s appointment.
Being ambassador is ‘unpaid volunteer work’. Henry is said to have gladly accepted the appointment. An official from the Mapo Police Station said, “The public relations ambassador is an activity that celebrities with busy schedules volunteer for free. He continued, “Even though Henry has a busy schedule, he actively expressed his will.”
However, this plan met with opposition. […] Some netizens visited the Mapo Police Station website and criticized, “Is it right to use a person who tolerates Chinese cultural plunder and distortion of history as an ambassador?” Due to the overload of traffic, access to the website was also impossible.
Henry has had several pro-Chinese controversies in the past. △ Indirect support for ‘One China’, which was the ideological basis for the ideological suppression of Hong Kong protesters in 2019, △ Posting congratulatory messages on social media on Chinese National Day, △ Wearing a mask with the five stars and red flags […].
Recently, he appeared as a judge on the Chinese entertainment program ‘Season 4 of Street Dance of China’ and caused controversy. In the broadcast, the traditional Korean dance was introduced as a traditional dance performed by Chinese people in Hanbok with the background of Heungboga.
Meanwhile, the Mapo Police Department is considering whether to withdraw the appointment of Henry’s public relations ambassador. An official from the Mapo Police Station said, “We are looking at the situation seriously.
original post: here
1. Wake up already
2. No but what is the Mapo Police even doingㅋㅋㅋㅋㅋㅋ Why are they using poop water? I don’t even understand why they chose him in the first place. Just get rid of him already
3. There are so many Koreans out there… Let’s just use a Korean
4. Why must we pick a foreigner for a school violence prevention ambassador??? It’s not like he’s a celebrity with that much of a good image either
5. Ah withdraw him right now ㅡㅡ
Why is a Chinese person modelling for a public institution in our countryㅡㅡ
6. Withdraw him
7. Who’s the bast*rd who picked him?
8. It makes me wonder about the intentions behind the person who appointed him
9. So many Korean celebrities out there, why him?
10. Withdraw him already, money isn’t even the issue hereㅡ
[theqoo] HENRY’S SIDE “THE LACKING STATEMENT WAS DUE TO LANGUAGE BARRIER…. COMMENTS MANAGEMENT ON YOUTUBE WAS MALICIOUSLY DISTORTED”
On the 21st, Henry’s agency Monster Entertainment said, “We apologize for causing concern with various misunderstandings, distorted rumors, and reports that are different from the facts surrounding the artist.” “Henry expressed his feelings through SNS, but we apologize for causing confusion with inaccurate and unrefined expressions.”
On the 20th, in the process of explaining the pro-Chinese controversy, Henry said, “Most of the things that really hurt my heart are that it’s not because of my actions or what I said, but because of my blood.” “What I want to do is to make people laugh, but I don’t know what to do if there are people who are uncomfortable because of my blood.”
He also wrote ‘I’m *ssorry* (최송)’ rather than ‘I’m sorry (죄송)’ and wrote several words incorrectly. This statement was engulfed in criticism for distorting the Koreans who criticized Henry as ‘racists’.
Regarding this, Henry’s representative said, “Because of his frustration, the thought of clearing up the misunderstanding came to him too quickly and he did it prematurely. As is widely known, Henry was educated and raised in Canada as a child and devoted his entire life to music. As a result, he lacks in many other areas. However, he was able to promote all over the world by respecting everyone and being sincere with the fans.”
Henry’s side said, “(He was appointed as an ambassador for school violence prevention at Mapo Police Station in Seoul) I thought it was a very meaningful activity for him. It’s a shame that this was distorted in a malicious way that led to misunderstandings. The suspicion of YouTube’s comment management is a very malicious distortion, and the rumors that are being spread after screenshoting with intentional editing are not true at all.”
They finished with “Just as you have given him a lot of love, Henry is an artist who has focused only on the fields of music and art. He wants to share his heart and have fun interacting with people around the world regardless of their nationality. He will no lose these values moving forward.”
source: https://ent.sbs.co.kr/m/article.do?article_id=E10010247112&utm_medium=referral&utm_source=t.co&plink=COPYPASTE&cooper=SBSENTERNEWS
original post: here
1. Is he using magic to selectively forget how to speak Korean?
2. Then go write an IG post saying “Free Hongkong”
3. Didn’t he appeal the mass with his ability to speak 7 language? Why is he claiming to not speak Korean now?ㅋㅋㅋㅋㅋ Henry-yah this is low
4. Just how long has he been in Korea and how much money did he eat up that he’s still “lacking” in Korean?ㅋㅋㅋㅋㅋㅋㅋ At this rate, he really didn’t put any effort
5. So is the Mapo police going to keep using a kid who can barely speak Korean? Using someone for the public sector who can’t even spell “sorry”
6. Go away~~
7. He’s pretending to not know how to write Korean….
8. He’s way too transparent
9. Wow this makes no sense. Stop making excuses for him. It’s been so many years he’s been promoting in Korea.. Isn’t this the equivalent of our country people spelling “Xorry” instead of “Sorry”;; This is dumbfounding
10. He’s still promoting in Korea? I haven’t seen him in a while
theqoo