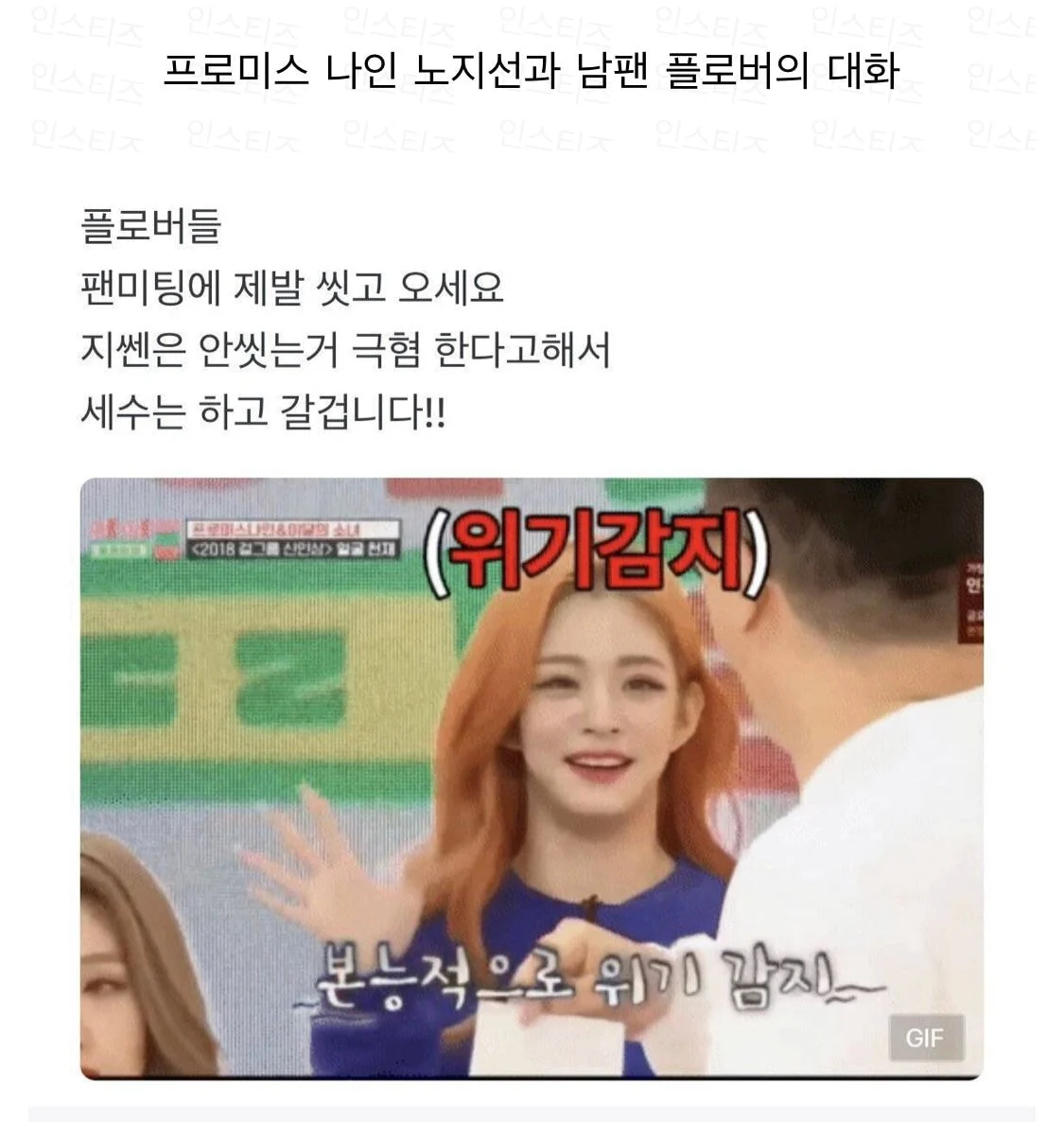 Conversation between Fromis9’s Roh Jisun and a male fan

“Flovers. Please wash before coming to fanmeetings.
Jissaen says she gets disgusted when people don’t wash. I’m washing my face before going!!” 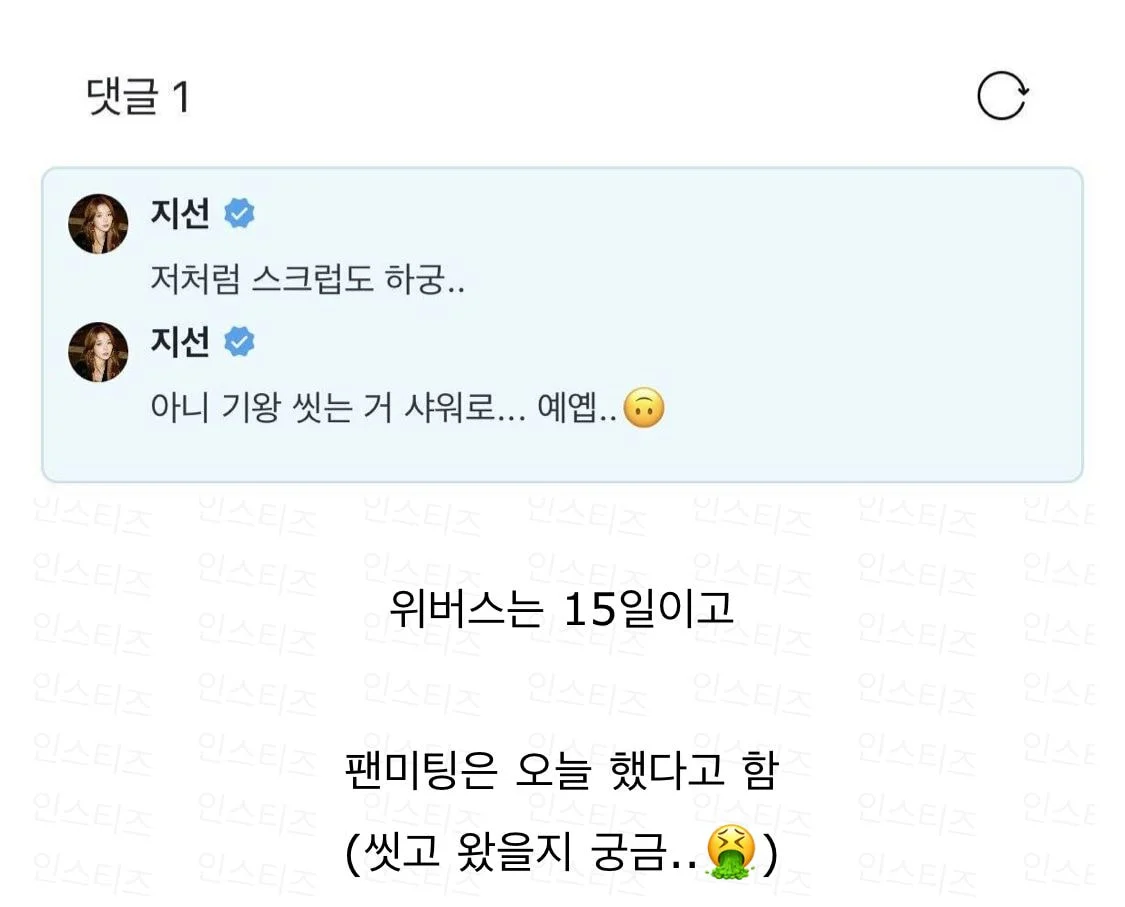 Jisun: Use face scrub like me..
No you’re already doing it, but [wash] with a shower… Yep yep..
This was said on Weverse on the 15th
Their fanmeeting was today.
I’m curious to see if they washed..
original post: here
1. People really don’t wash before going…? Imagine not washing before meeting your bias, how much less showers you take in your regular life
2. No but why don’t they wash…. Don’t you want to make the best impression when you’re meeting someone?
3. Sigh there are so many people there, even if it’s not a fanmeeting, isn’t it basic etiquette to wash when you go somewhere crowded….? Don’t you also take the subway?ㅠㅠㅠㅠㅠ
4. If you don’t even wash, you have an issue with basic manners
5. Seriously being a female idol must be disgusting
6. Washing your face…? So they don’t even wash their faces usually? I’ve heard from WJSN that their male fans also don’t wash, but looks like Fromis9 has it more severe than them…It can’t be helped to smell a bit during Summers so I can’t imagine not even showering… I’m a fan living in suburban areas and I’ve never been to concerts so I don’t know..
7. I’ve been to a public event with a lot of male fans standing in front of us and it’s indeed….
8. Ewwwwwwwww…. So they can even smell that ?????
9. I fangirl on a girl group with a lot of female fans and I went to watch them on Queendom and almost died from the smell
10. 🤢🤮🤮🤮🤮🤮🤮🤮🤮🤮🤮🤮
theqoo