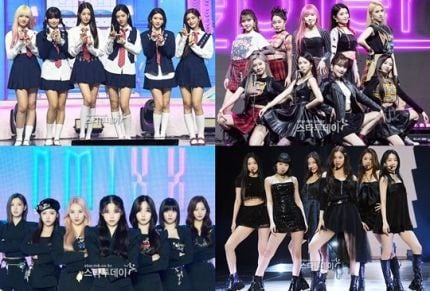 As the first half of 2022 comes to a close, the competition for the rookie girl group award at this year’s year-end awards ceremony is expected to be fiercer than ever. Girl groups that have captured both popularity and media buzz, such as Ive, Kep1er, NMIXX, and Le Sserafim, which begs the question who will be the main character of this year’s Rookie of the Year award? 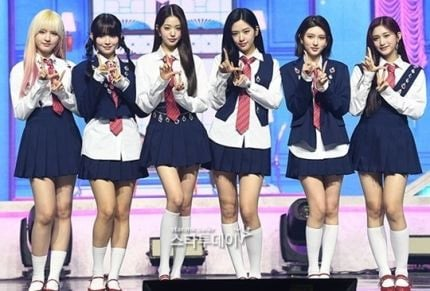 ◆ Ive, ‘Eleven’ → ‘Love Dive‘ home run
Starship Entertainment’s girl group Ive (Ahn Yujin, Gaeul, Rei, Jang Wonyoung, Liz, Leeseo), who debuted in December of last year, hit a home run in a row until their debut song ‘ELEVEN’ followed by ‘LOVE DIVE’. Ive, who have been a hot topic since debut with IZone members Jang Woyoung and Ahn Yu-jin, swept 13 music shows with their debut song ‘Eleven’, and succeeded in gaining popularity once again with the new song ‘Love Dive’ released on the 5th. .
‘Love Dive’ surpassed 330,000 copies in the first week sales, more than double the number of the debut single ‘Eleven’. It also entered music charts such as Melon, Bugs, Genie, etc. at the highest ranking digitally. In addition, the music video broke 50 million views on YouTube within a week of its release and set a record such as achieving its own shortest record, emerging as a strong candidate for the Rookie of the Year award. 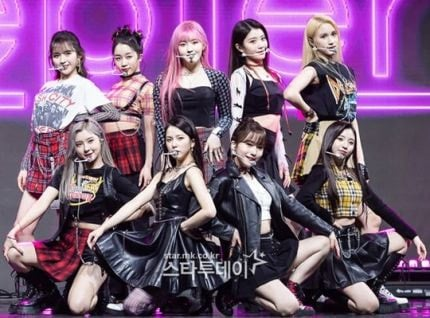 ◆ Kep1er, ‘strength’ which received the #1 on public TV in only 12 days from debut
The momentum of the girl group Kep1er (Choi Yujin, Sheng Xiaoting, Mashiro, Kim Chaehyun, Kim Dayeon, Hikaru, Huening Bahyiiyh, Seo Youngeun, and Kang Yeseo), made up of TOP9 members selected through Mnet’s ‘Girls Planet 999’, is not to look down upon. Kep1er’s debut album ‘FIRST IMPACT’, released on January 3, recorded 200,000 copies in the first week immediately after its release and topped all genre charts in 11 major global countries on the iTunes chart.
With the title song ‘WA DA DA‘[…] they took first place on KBS2’s ‘Music Bank’ within 12 days of their debut and showed their potential by winning the first place on public music broadcasts in ‘the shortest period in girl group history’, raising expectations for their future moves. 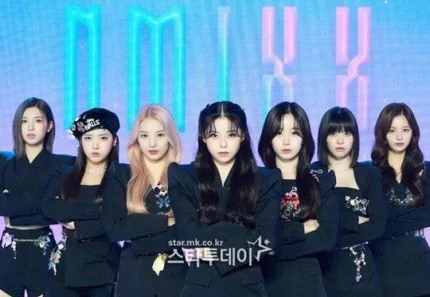 ◆ ‘Girl group prodigy’ JYP’s new girl group NMIXX
NMIXX (Jinni, Jiwoo, Kyujin, Sullyoon, Bae, Haewon, Lily), which debuted in February of this year, created by JYP Entertainment’s producer Park Jinyoung, who has built the myth of ‘girl group invincibility’ including Wonder Girls, Miss A, Twice, and ITZ, has been receiving attention as a rookie girl group.
With their debut single ‘AD MARE’, they appeared in the Kpop scene receiving the interest of Kpop fans by achieving a first week sales of 227,399 based on the Hanteo Chart. The music video for their debut song ‘O.O’ surpassed 20 million views on YouTube on February 23, just one day after its release, and then surpassed 50 million views on March 17. 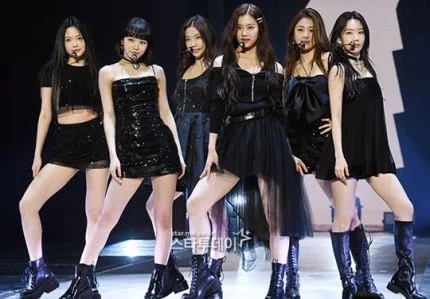 ◆ ‘Hybe Girl Group’ Le Sserafim, 1st in first week sales for all-time girl group debut albums
Le Sserafim (Kim Chaewon, Sakura, Huh Yunjin, Kazuha, Kim Garam, Hong Eunchae), who became a hot topic being “Hybe’s first girl group”, agency to which the group BTS belongs, is also receiving a lot of attention. They released their debut album ‘FEARLESS’ on the 2nd of this month and are promoting the title song of the same name.
Le Sserafim took over the charts as soon as they debuted. In just two days after the album was released, it recorded a cumulative sales of 242,270 copies, surpassing the record for the first place in the first week sales of a girl group’s debut album based on Hanteo Chart. In addition, as it entered the ‘Global Top 200’ chart of Spotify, the world’s largest music streaming company, on May 3rd, at the 171st place, setting the record for the ‘Global Top 200’ chart in the shortest time for a girl group’s debut song.
source: http://naver.me/IGmY0dQX
1. It should totally be Ive
2. It’s obviously going to be Ive…? no but there is still time remaining for the rest of the year and we don’t know what will happen, but if you want to mediaplay, you at least once song that has hit big no?ㅋㅋㅋㅋㅋ
3. Anyone can tell that it’ll be Ive
4. Ive is just a wall
5. Ive will sweep them all and after that, it might be Kep1er?
6. It should only be going to Iveㅋㅋㅋㅋ
What results have Le Sserafim even achieved? It hasn’t even been a week since their debut, please don’t drag other groups in for your media play
7. Ive is a wall, but Hybe is making it too obvious with their mediaplayㅋㅋㅋㅋ They really can’t read the roomㅋㅋㅋㅋ
8. I hope NMIXX can get the rookie award
9. Ive is at the stage which every rookie award already has their name engraved on themㅋㅋ Are they even comparable?ㅋㅋ
10. Le Sserafim shouldn’t be there starting with their controversy itself. How do they dare even compare themselves with Ive? First of all, from the song alone, they definitely cannot win. When it comes to public recognition too, they cannot win. Ive is the most popular group among chodings nowadays
theqoo