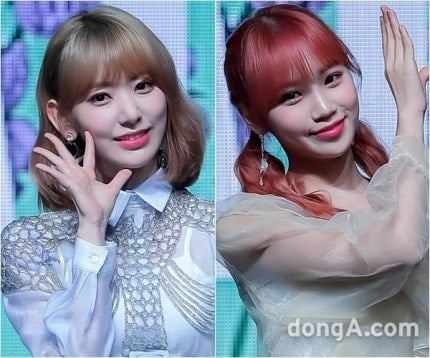 Hello, this is Source Music. We are notifying you that we have signed exclusive contracts with Miyawaki Sakura and Kim Chae Won.

Both artists have signed their contract on the basis of mutual trust and they will be debuting at the first new girl group under collaboration between Source Music and HYBE labels.

We kindly ask for your support and anticipation for two artists who will showcase their new sides.

Cr. Allkpop
source: https://n.news.naver.com/entertain/article/382/0000966105
original post: here
1. Wow they’ve realized the fans’ wishes? Whether you view it positively or negatively, this will bring daebak media talk
2. The kids saying “Sakura fighting” where did your brains go?
3. Why are Hybe’s girl groups all made up of rigged people… Give us Gfriend again
4. It was a shame that Sakura went back to Japan, this is goodㅠㅠ
5. The rigged one and a right-wing?ㅋㅋㅋㅋㅋ
6. ㅋㅋㅋㅋㅋA rigged member and a right-wing, perfect combination
7. I really hope Sakura improved her singing
8. Ah finallyㅜㅜ
9. Kura♡♡♡
10. I’m not even shockedㅋㅋㅋㅋㅋㅋㅋㅋㅋㅋㅋ This is so Hybe-like damn..
[theqoo] MIYAWAKI SAKURA’S INSTA UPDATE 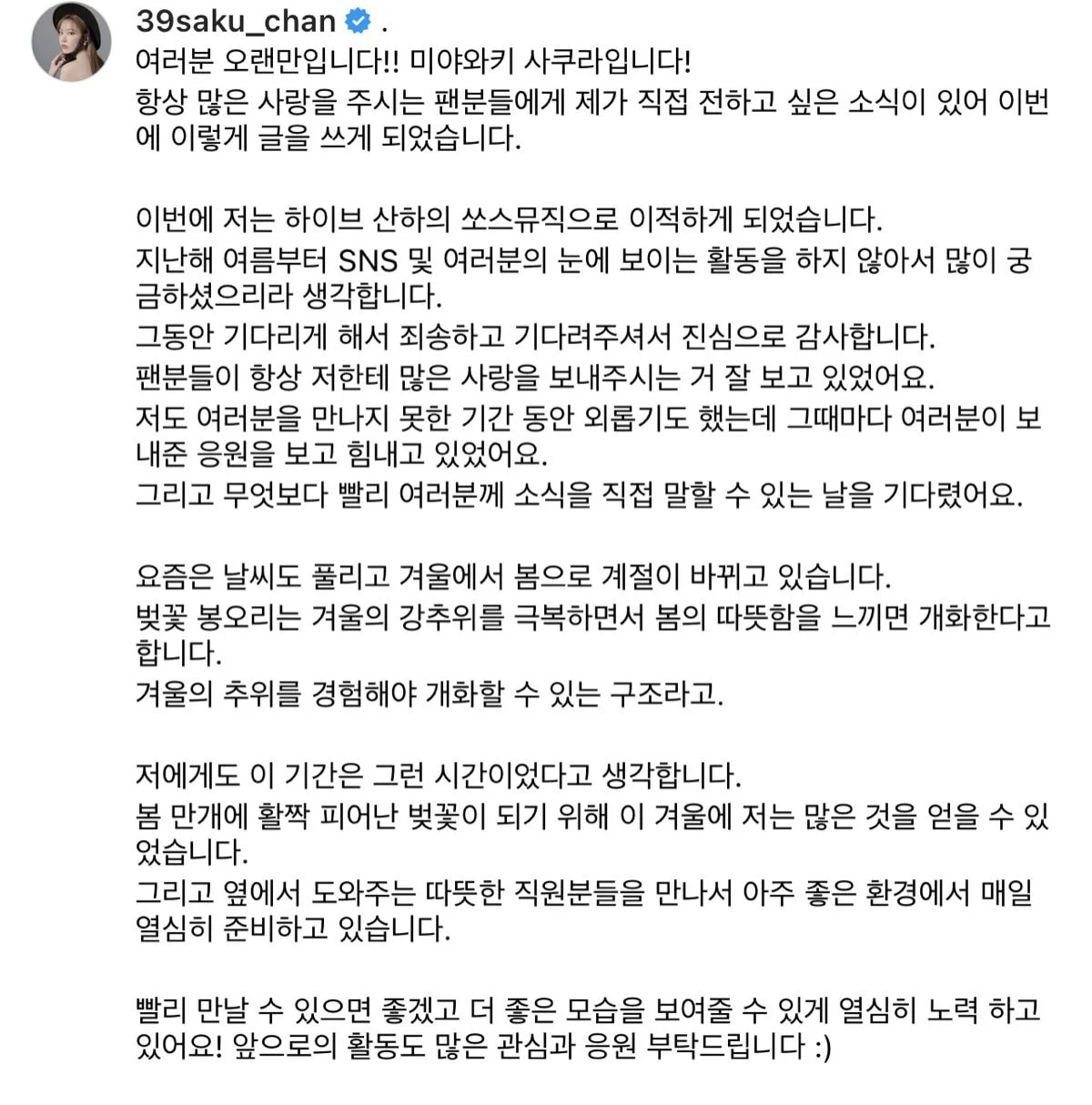 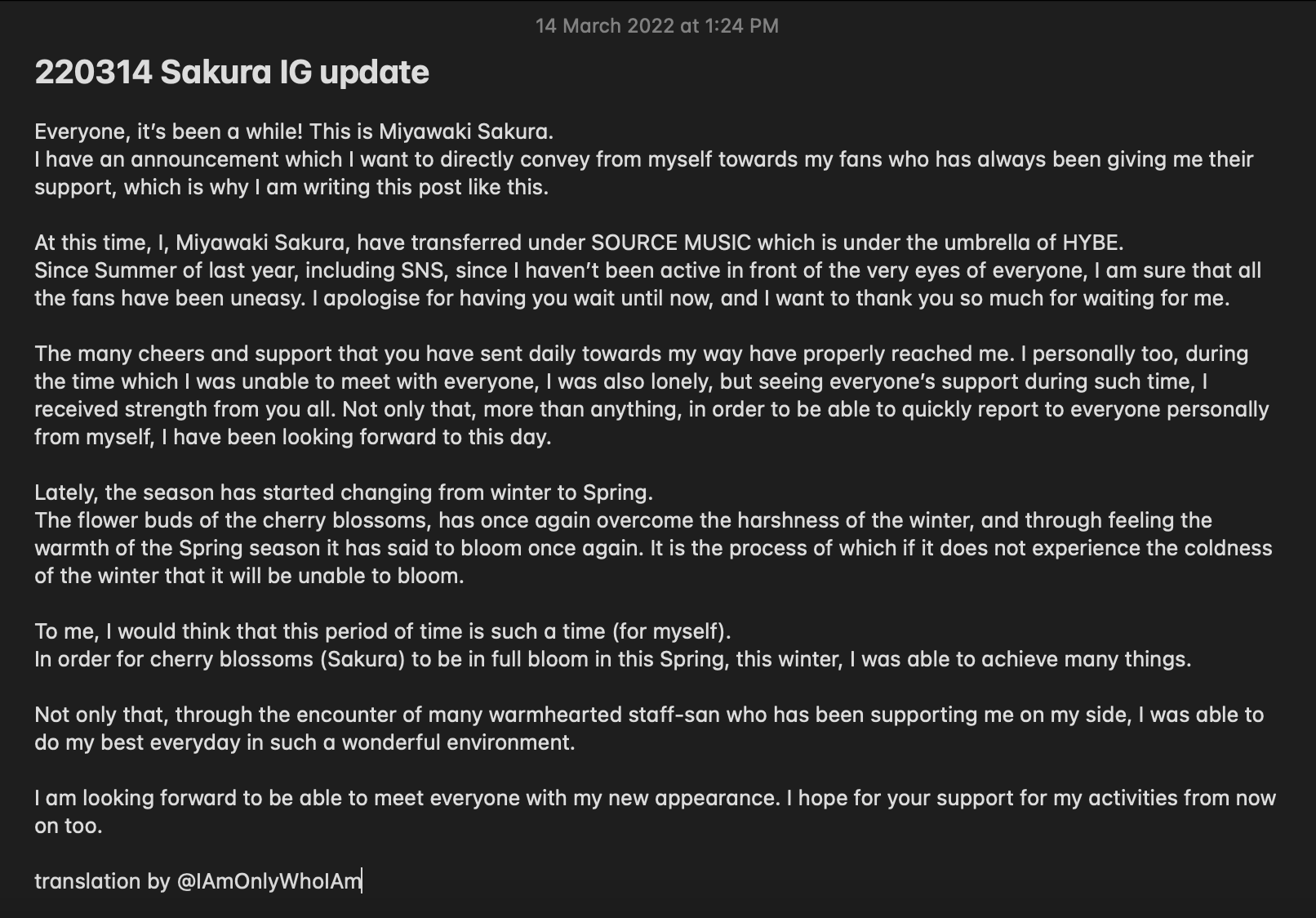 1. Hul she wrote this herself??? Her Korean got so much better
2. She’s the one who has the most controversies with her right-wing, personality and skills. She’s a right-wing, of course the reactions will be like that..
3. If I were her fans, I would just cheer on her quietly. The moment you try to shield her, you’ll just spit a bunch of nonsense and get hit by facts. Don’t delude yourself… It’s better for her too
4. Koreans sure like to pretend they’re nationalistic, but never attacks the big political figures, instead, they grab celebrities and accuse them of being right-wing this, right-wing that. Don’t you guys know anything else than a right-wing?ㅋㅋㅋㅋ Seriously you guys act like conservatives
5. I hate right-wing people. The fact that people continue to support her just shows that they have nothing in their heads. If you like Japanese and Chinese people this much, just leave our countryㅜㅜ
6. 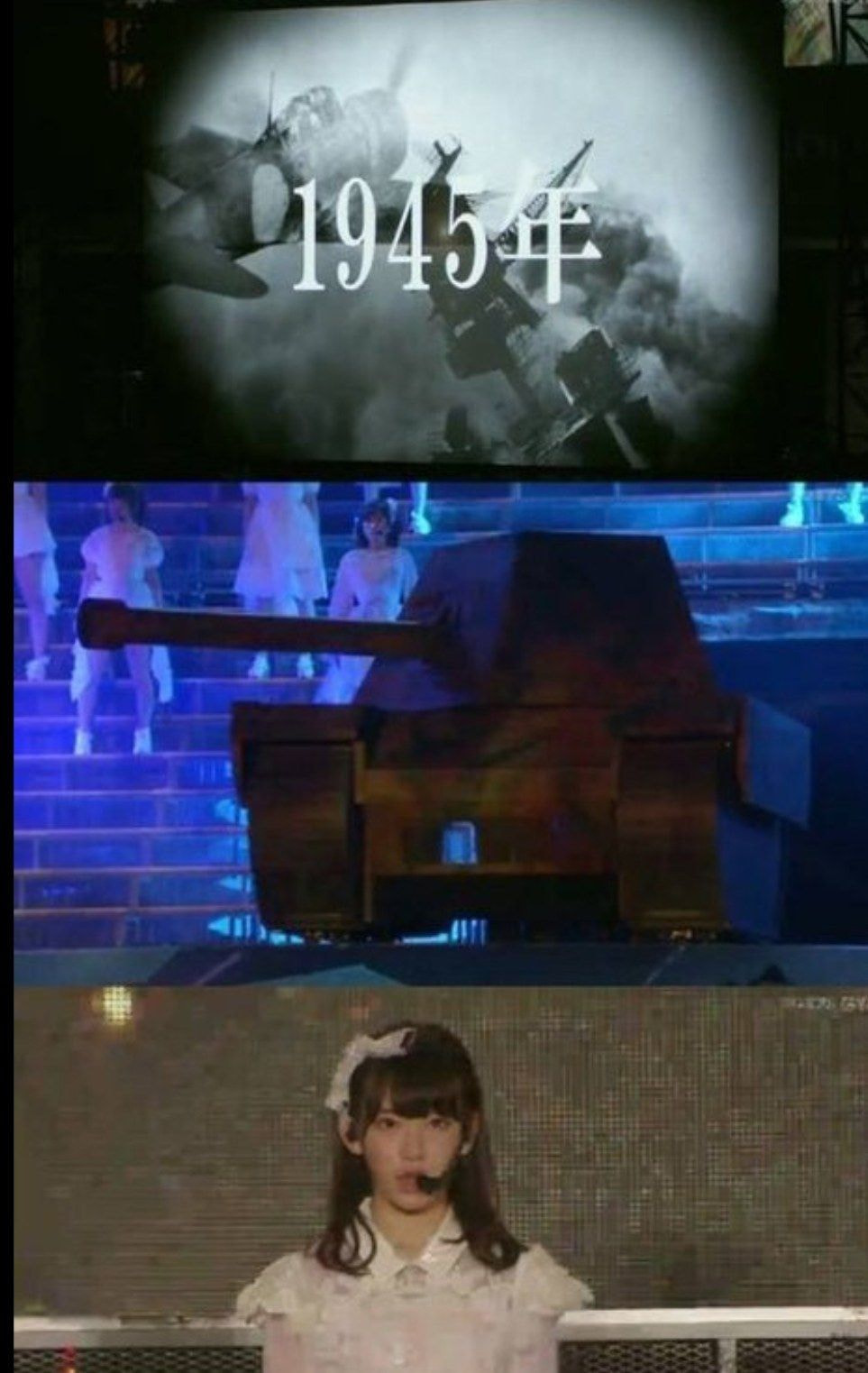 7. Why are so many trying to shield her from being related to Japan’s politics?

8. Kura fighting ♡
9. Don’t you guys ever get embarrassed for swearing at foreigners who love Korea so much, they come here to promote? Kura-yah thank you for coming back
10. Wow to the kids shielding herㅋㅋㅋㅋㅋㅋㅋㅋㅋㅋㅋㅋㅋㅋ You guys sure a an amazing mindsetㅋㅋㅋㅋㅋㅋㅋㅋㅋ
theqoo