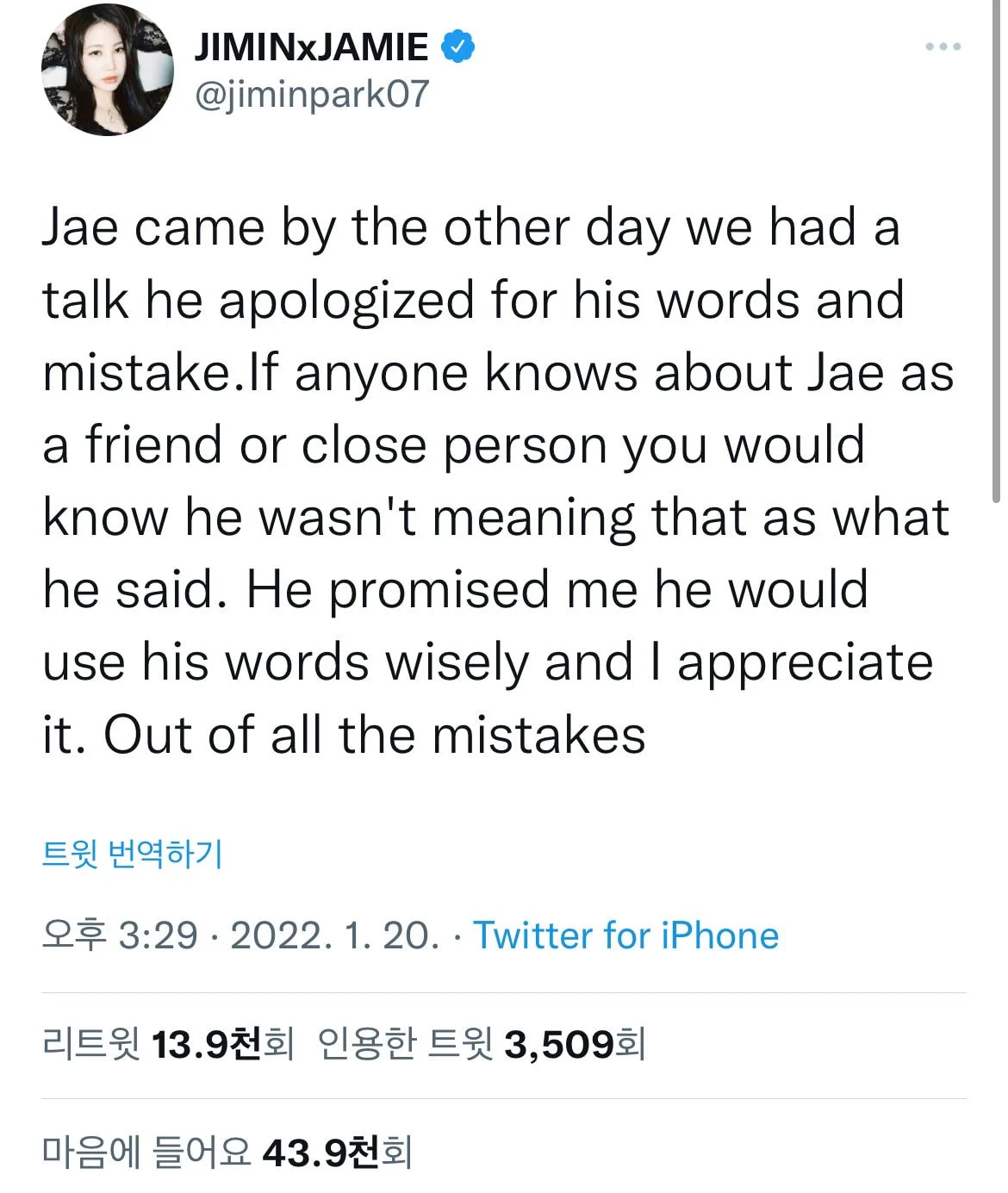 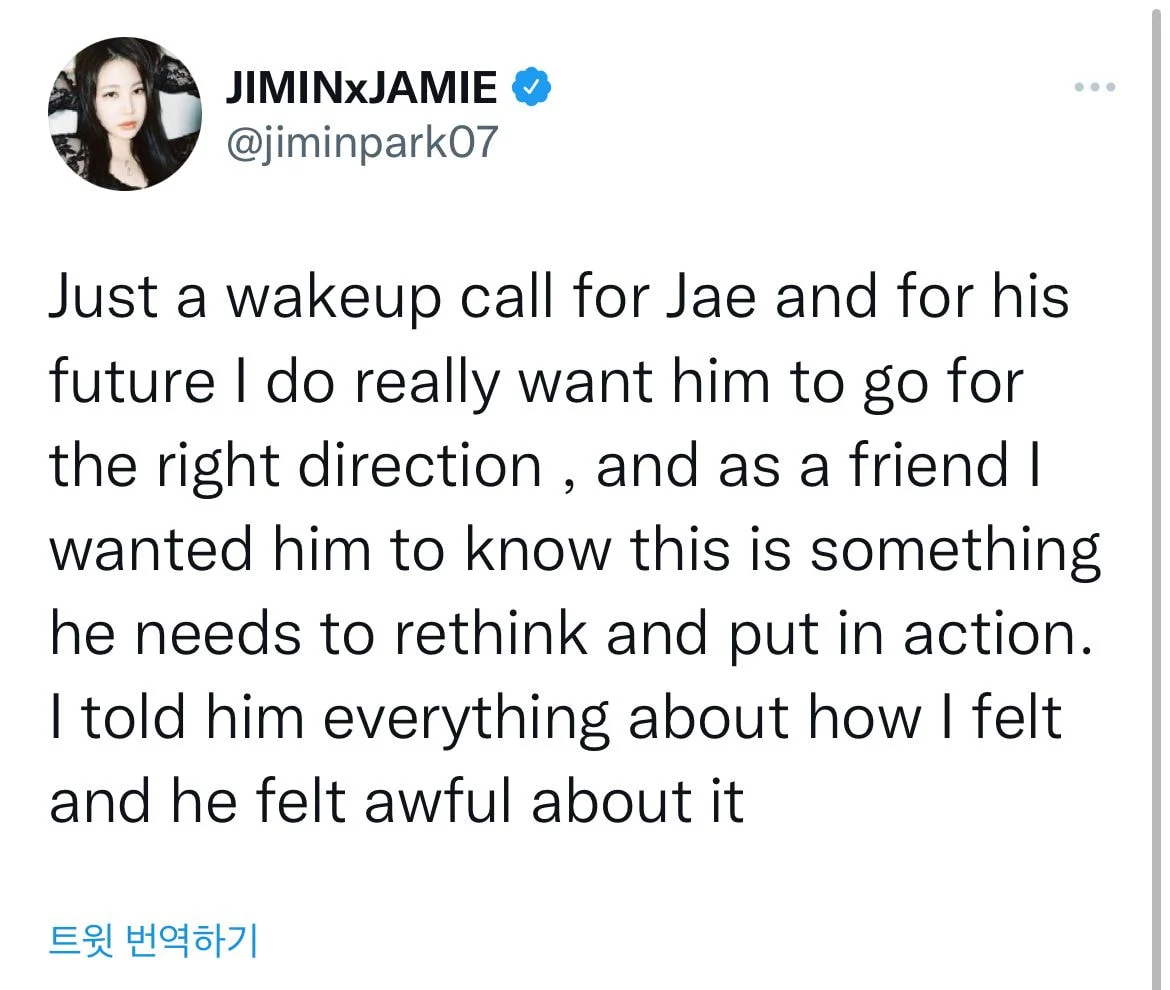 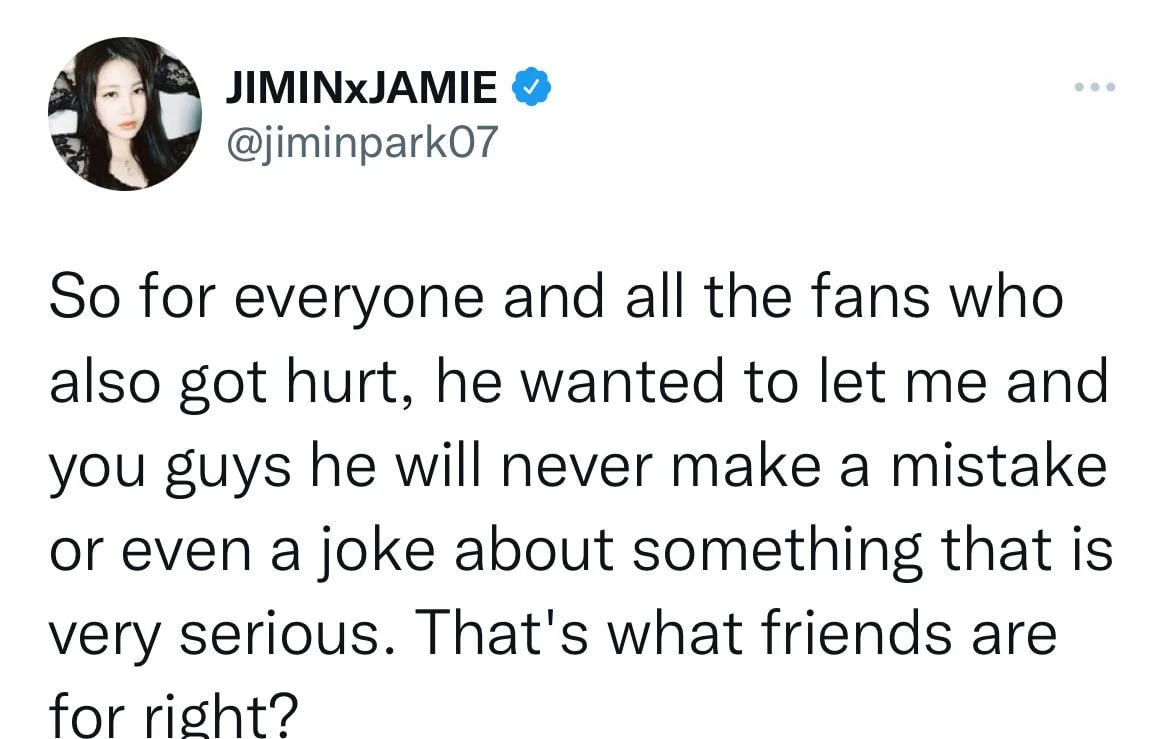 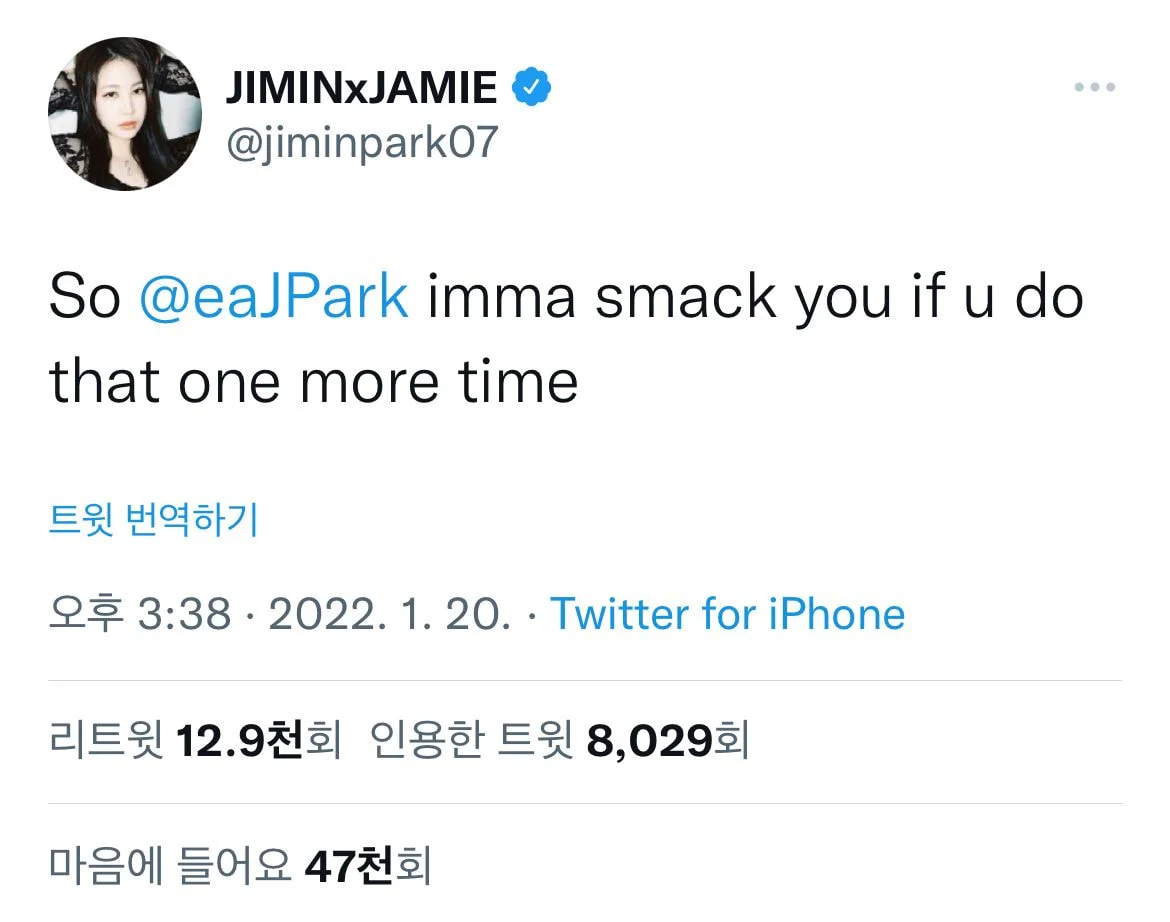 1. She’s seriously a saint. I would’ve felt so disgusted when I saw that video, and the way he was chuckling would’ve made me feel even more disgusted
2. She’s seriously kind
3. I can see that she’s a very forgiving person from a long time ago. Fighting
4. Jimin is a good person
5. The more you know Jimin, the more you see she’s a good person.
6. She’s a good person… He should be grateful to have a friend like her
7. She’s a good person. I want to be like that too
8. The guy said some bullsh*t but I don’t know him personally. Rather than cutting ties with him. I feel like Jamie thought she would have more closure if she resolved it nicely like that. She’s very mature, but she could also give him the message that he can abuse her more in the future… If I were her, I would’ve cut ties with him within those 5 seconds
9. Wow I would’ve cut ties with him.. She’s a saint
10. She’s not only a saint, but a good friend. Jae seriously shouldn’t do that especially to his good friends
theqoo