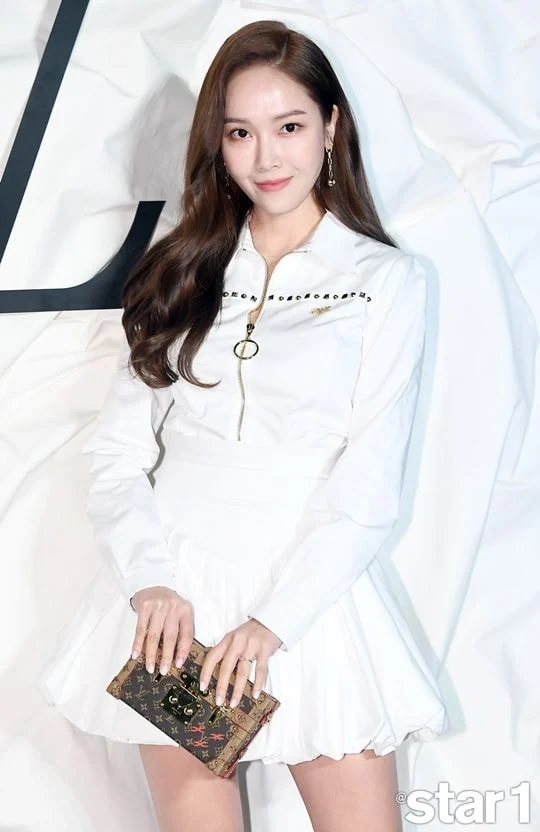 […]
Jessica released a solo album and published a novel, but the reaction was not as good as it used to be. Moreover, Jessica was embroiled in a debt lawsuit worth 8 billion won in September last year, and her image was severely damaged. (~6M$ USD)
[…]
original post: here
1. She put her nationality as Chinese? ㅋ If she’s American, why can’t she just write she’s American? And if she’s Korean she should just write Korea, why would she white Chinese when she’s not Chinese
2. No but she should be the one appearing as a judge, but as a contestant…
3. I did think that she was 100% participating for the money, but having a debt of 8B won????????
4. I thought it was another Jessica with the same name appearing???? But I can’t understand, how can she have this much debt when she herself threw her pride away and opened a shop in a place where there are so many people, and now she’s appearing on a show claiming to be Korean-Chinese… Why can’t she just say that she’s American? Why Korean-Chinese??…
5. This is so randomㅋㅋㅋㅋ She has hit lower than ground level, she’s not digging below the basement
6. Wow she’s so low
7. 8 billion??? What did she do to et there..
8. She really lost her mind
9. Damn the place she ended sure sucks..
10. Is someone from SNSD really stooping this low?…
[theqoo] [EXCLUSIVE] JESSICA’S BOYFRIEND TYLER KWON, ARRESTED FOR 600 MILLION WON FRAUDULENT GAMBLING AT NEVADA

Fraudulent gambling is not just a movie story. Amid the recent rise of problems in the entertainment industry due to violations of the Foreign Exchange Transactions Act, American and Korean businessman Tyler Kwon, who is known to be the fiancee of former Girls’ Generation member Jessica, took a bankrupt check from Merrill Lynch, New York, USA, worth about 600 million won in Korean (~493K USD) money. He borrowed gambling money from Wynn Las Vegas, and the Nevada state requested the Las Vegas judicial authorities to issue a warrant.
The Nevada State government applied two checks fraud charges against Mr. Kwon, who issued defaulted checks of different face values, and requested the Las Vegas law enforcement agency to expedite the case.
(t/n: we’re not too familiar with the case, so correct us if anything is wrong)
This was news from last year
original post: here
1. Birds of a feather
2. They’re still dating? ㄷㄷ
3. I always knew that Blanc & Eclare wasn’t doing well but I always bought into this unnie’s celebrities game… She needs to wake up  ㅠㅠ
4. They never released articles about breaking up and they’re even following each other on SNS 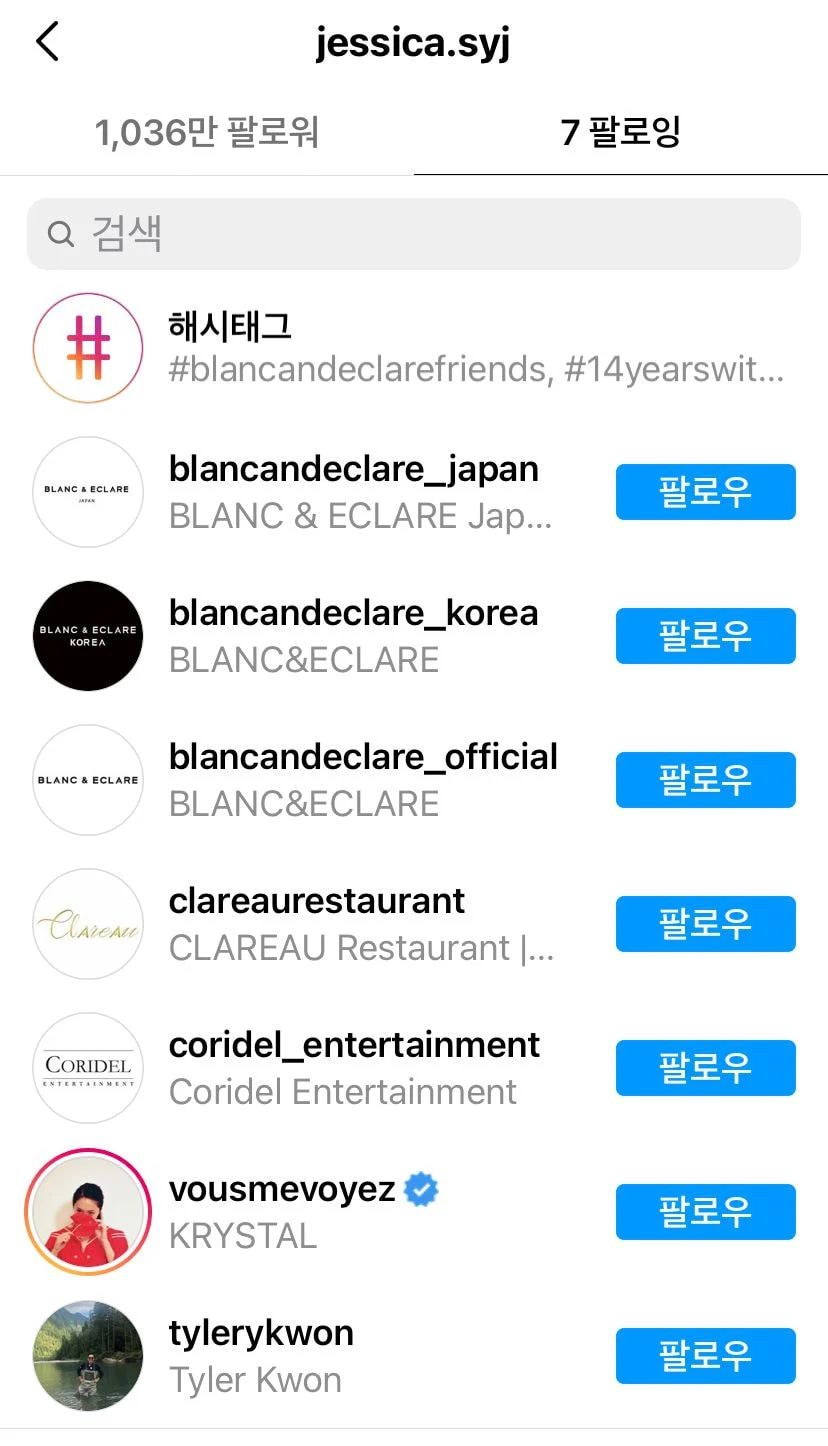 5. Now I understand why SM wanted them to continue as 8 pepole

6. It’s a relief that they’re not married yet
7. They’re still dating? I can’t understand why she’s randomly appearing on a Chinese show
8. Everyone knew that this was the end for her.. But I’m shocked that they’re still together
9. I’m not even shocked
10. Doesn’t he claim to be super rick?? He doesn’t even own 600 million? This is why I never trust gyopos
[theqoo] JESSICA “KOREAN-CHINESE? I PLAN TO APPEAR ON THE AUDITION PROGRAM BUT I’M VALIDATING THE INTENTIONS OF THE PRODUCERS [OFFICIAL] 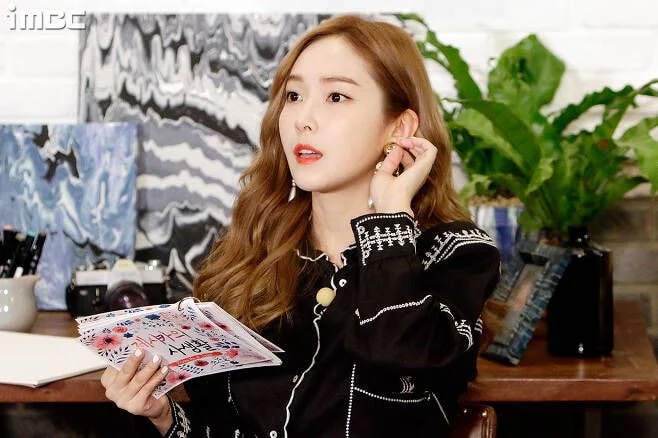 A source from Jessica’s agency Coridel Entertainment stated, “It is true that Jessica will be starring in a Chinese audition program.” In response to her leaked profile, the representative explained, “The relevant cast list has no source. The representatives from Mango TV are claiming that they did not release or create [the list], and we of course did not write and deliver the profile like that.” They added, “Since she has withdrawn from Girls’ Generation, she does not promote with the name Girls’ Generation at the forefront,” elaborating that Jessica is not starring in the program with the the title of Girls’ Generation on the line.

They continued to state, “The broadcasting company was also completely unaware of this situation. That is why we requested that they release an official statement stating that they did not create or release a list.”

Jessica made her debut in 2007 as a member of Girls’ Generation, but she parted ways with the group in September 2014. Since then, she has launched a fashion brand with her boyfriend Tyler Kwon, released solo music, published a book, and more.

source: https://entertain.v.daum.net/v/20220404154233862
original post: here
1. Aigo I knew this would happen, this isn’t even much news but they’re already trying to grab SNSD by their hair, I already feel bad for SNSD
2. Then she should’ve just never left SNSD and promoted instead… She’s the one who seems to never listen what people tell her to do, it’s kinda sad
3. Isn’t her business doing fine?
4. Seriously I’ve never seen such a fool wowㅋㅋㅋㅋ The only answer is to ignore her
5. Looks like she was never able to live up to Taeyeon and Yoona so she was seething with anger and seeing how every other member is doing just fine in their respective area made her inferiority complex explode
6. Don’t even dare say a single thing about SNSD
7. Don’t use SNSD to bury what you did
8. This program seems to plagiarize TVN’s Mama-dol
9. Does she still not realize it? If she stayed in SNSD she would still be succeeding now
10. Why did she leave to do her business if she was going to end up like that
theqoo