t/n: we haven’t covered much about him but he’s a very liked person in Korea mostly for his respect for Korean history and for being respectful, funny and likable in general. He’s from Congo. People call him the Congo Jo-ssi (because he’s royalty in Congo). His reputation arguably “untouchable” because Korean public loves him so much 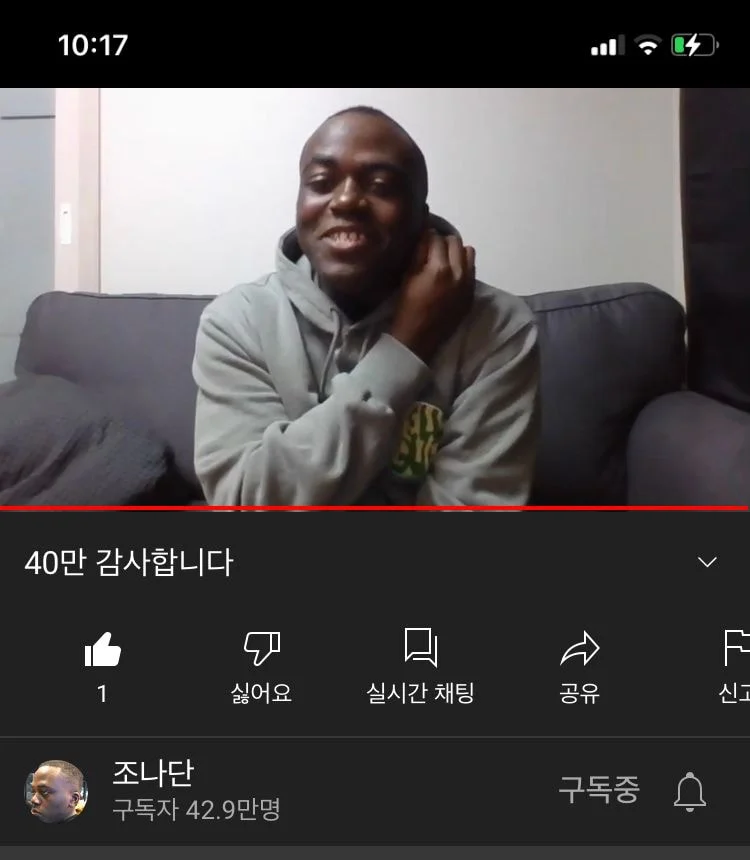 He’s filming a live on Youtube right now, and he just touched the subject
He decided to get naturalized
+ He’s in the middle of preparing for his naturalization exam! He’s not naturalized yet
And he’s talking about how military for people who are naturalized is an issue
Nathan said that he received so much help and protection from Korea
that for him, this would be something obvious to do and he wants to go to the army
(he only mentioned it because a lot of people in the comment were asking)
Nathan fighting❤️‍🔥
original post: here
1. Even if he becomes naturalized and get exempted from being in the army, we shouldn’t swear at him
2. Nathan seems like someone who truly loves Korea, he knows better Korean history than me ㅋㅋ I support him
3. He knows Korea’s history so well that the naturalization exam will be a piece of cake for himㅋㅋㅋㅋ
4. I saw him back in the days, and he was talking about how his dad wanted him to return to Congo, but now that he’s became an adult, his dad probably decided to let him make the call. I hope that everything will be resolved for him
5. Woooww!!! Welcome to Korea╰(*´︶  `*)╯♡
6. Nathan can easily return to Congo any time and live an easy life in the royal family… But it’s pretty much impossible now??
7. He’s the pride of Kwangju Highschoolㅋㅋㅋ
8. Hul I’m more shocked that he’s not Korean
9. Nathan grew up in Koreaㅋㅋㅋㅋㅋ I always thought he was already Koreanㅋㅋㅋㅋㅋㅋ
10. Congo Jo-ssi Nathan welcome!!
theqoo