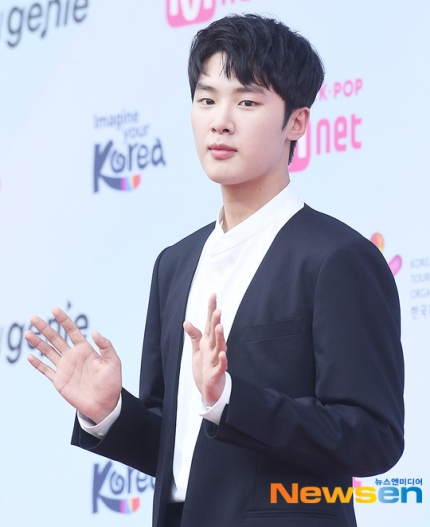 “Hello. This is Kim Dong Hee.
I would like to deliver my position on the reports which were published yesterday.
During my 5th year in elementary school, I became involved in an argument with a friend in my class, and that argument escalated into a fight. Afterward, I was penalized by my teacher. When my mother found out, she scolded me ferociously, and I visited the friend at his home with my mother to apologize to him and his family.
Later, I attended tutoring lessons with that friend and we also had dinners with our families, and spent time together, so I thought that I was forgiven by that friend and his mother.
I didn’t realize that I was mistaken, and that the issue had remained a deep scar for both of them until now.
When the accusation posts first came up last year, I wanted to meet that friend in person and apologize. But at the same time, I was afraid that if I apologized, all of the accusations made would become undeniable truths and this would cause greater misunderstandings, and so I was not able to summon up the courage. Because I hoped to clarify parts that were not true in the accusations, it has now already been a year since the issue first arose.
Due to my mistaken decision-making and carelessness at a young age, I do not think I was able to understand this friend’s inner feelings. I want to take this opportunity to sincerely apology to that friend for the pain I caused, and I want to make things right.
Finally, I deeply apologize to all those who may have been hurt by my immature words and actions in my youth.”
source: https://n.news.naver.com/entertain/article/609/0000532880
1. The why did you try suing the victim… This is is too much..
2. So you wanted to send him your apology but got mixed up with a lawsuit?
Farewell, you don’t go far
3. I only read 2 sentences and scrolled down, just retire~
4. I don’t want to see Kim Donghee, Jo Byunggyu and that Stray Kids Hyunjin ever again
5. He can’t even act that well, who will even give this kid any opportunity in the future
6. Yet you beat up the victim twice
7. He’s the one who’s at fault here, what misunderstandings???
8. Freaking funny, yet you were the one trying to mediaplay ㅋㅋㅋ  Yeah your own testimony came out, now stop wagging your tail and don’t come out again~~~!!!
9. Yet before apologizing, he made sure he attempt suing the victim first and mediaplaying with it, but since the lawsuit didn’t come out advantageous towards him, he’s saying this after all this timeㅋㅋㅋㅋㅋㅋㅋㅋㅋㅋㅋㅋ
10. What misunderstanding? Retire
theqoo