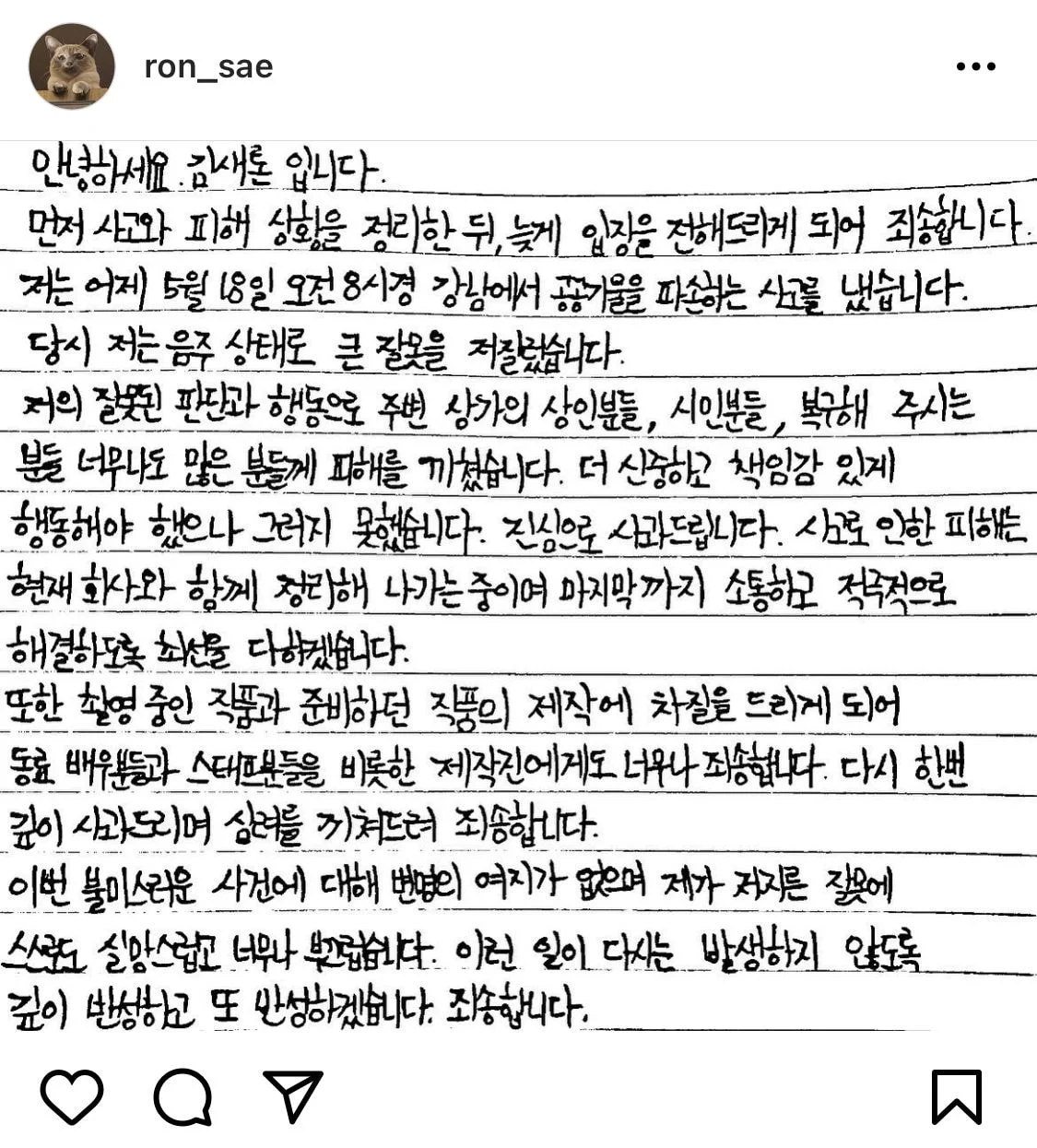 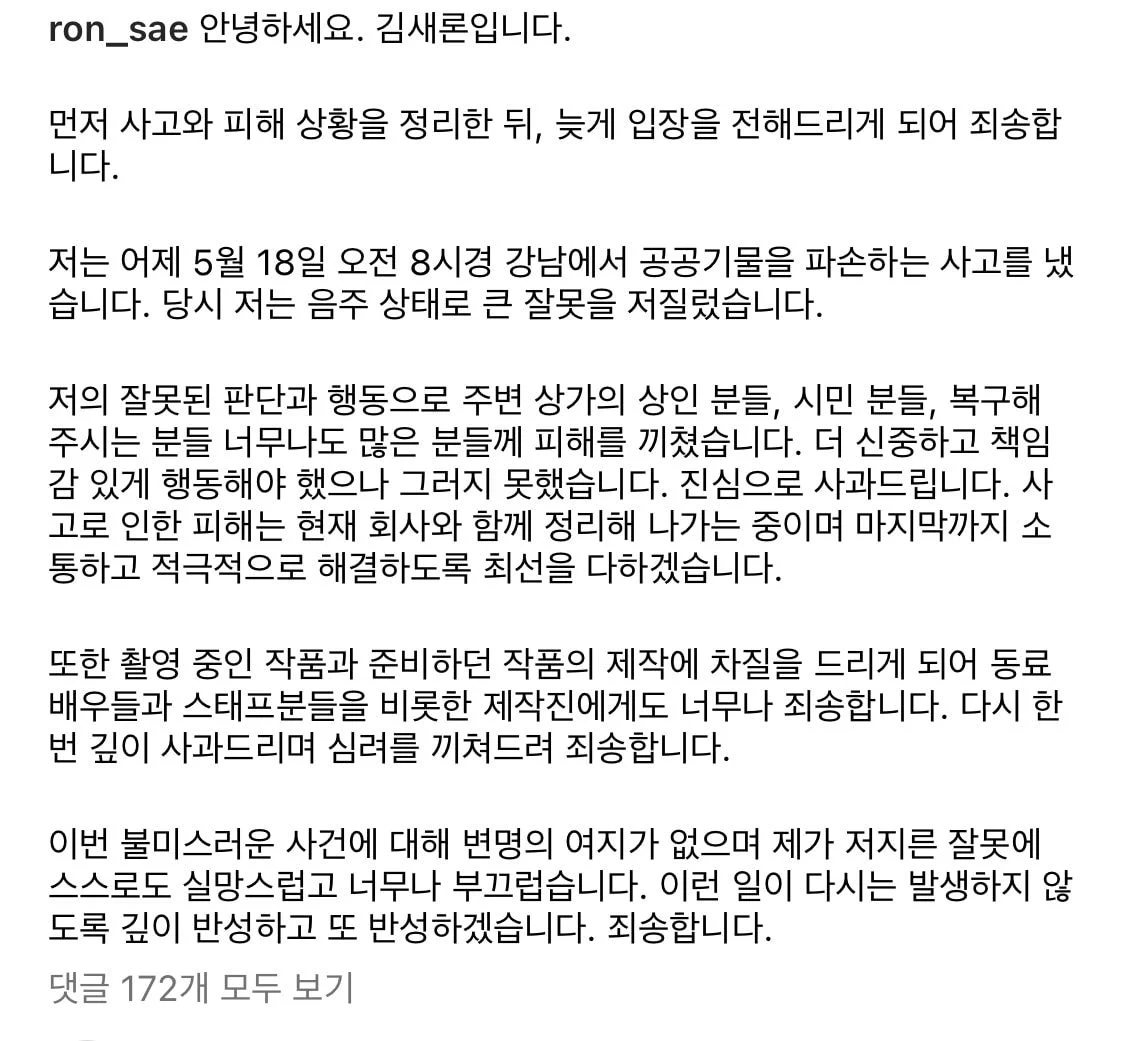 Hello, this is Kim Sae Ron.

I’m sorry to inform you of my position late after dealing with the situation of the accident and its damage first.

Yesterday, I had an accident which lead to the destruction of public property in Gangnam at around 8 a.m. (KST) on May 18. At that time, I made a big mistake while in a state of being under the influence of alcohol.

My wrong judgment and behaviour have caused damage to so many businesses in nearby shopping malls, citizens, and restoration workers. I should have acted more carefully and responsibly, but I couldn’t. I sincerely apologize. I am currently organizing the damage caused by the accident with the company, and we will do our best to communicate and actively resolve it until the end.

Also, I am very sorry for causing setbacks to my fellow actors, staff, and the production staff of the projects I was in the middle of filming and preparing for. Once again, I am deeply sorry and I apologize for causing concern.

There is no excuse for this disgraceful incident, and I am disappointed and ashamed of myself for what I have done. I will deeply reflect, and reflect again, upon myself so that this will not happen again. I’m sorry.

Cr. Pinkvilla
original post: here
1. But you can tell that she really tried to use her head for this apology. Especially the fact that she never mentioned once that she was truly the one at fault and if you read it literally, it doesn’t say anywhere that she considers she made a mistake. DUI is considered attempted murder, and this is her biggest fault here, but instead of saying DUI, she’s downgrading it by claiming she was ‘intoxicated’ while driving. You can tell that someone helped her the entire day to come out with this kind of apology
2. Reading her post, it seems like she wants to come back again in a few years
3. Retire
4. Am I the only one who can’t find one mention of the word “DUI”??????
5. It’s way too obvious that she’s trying to go around the topic with her choice of words and expressions
6. Yup you were late
7. Please don’t ever think of coming back again
8. Looks like she tried to divert our attention from her DUI to her destroying some infrastructure. And it also looks like she’s trying to downplay what she did. The issue here isn’t that you destroyed infrastructure, it’s that you committed attempted muder
9. I feel like her apology was well written though..
10. Just why do people not call a taxi driver??  I really hope she deeply reflects. She’s only 22 years old but she has no fear..
theqoo