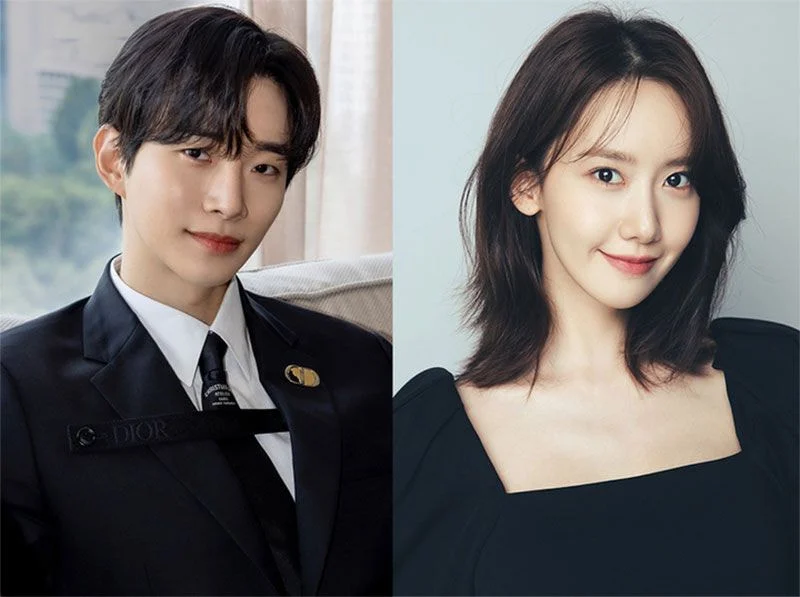 On April 20, “King the Land” (working title) confirmed that 2PM’s Lee Junho and Girls’ Generation’s YoonA will be starring in the new rom-com drama together!

“King the Land” is about a chaebol heir named Goo Won who cannot stand fake smiles. He meets Cheon Sa Rang who is always equipped with a bright smile even when she does not want to due to the nature of her profession, and together, the two set out to find happy days in which they can sincerely smile brightly together. King the Land refers to a VVIP business lounge, which is a place of dreams for hoteliers.

Lee Junho will be playing the role of Goo Won who has been thrown into the a battle of inheritance for the King Group, which owns hotels, an airline, and distribution companies. With a brilliant mind, innate grace, and captivating charms, Goo Won has everything except for good sense when it comes to dating.

YoonA will be starring as Cheon Sa Rang who makes the world brighter with just her smile. Cheon Sa Ra lands a job at King Hotel, which gave her the happiest memories when she was young, and she matures while facing all sorts of prejudice and misunderstanding.

Scriptwriter Cheon Sung Il from “All of Us Are Dead” will be participating as a creator for “King the Land,” which will be produced by npio Entertainment of “The Red Sleeve,” “Forecasting Love and Weather,” and “A Time Called You.” BY4M will also be co-producing the drama.
After wrapping up casting, “King the Land” will begin filming this fall. The broadcast schedule and platform have yet to be decided.
Cr: Soompi
original post: here
1. Their faces give off similar vibes, they look alike
2. Aaah I like this so much ㅠㅠㅠㅠㅠㅠㅠ Chaebol Junho is the best ㅠㅠㅠㅠ
3. Hul daebakㅋㅋㅋ we’ve seen them MCing together no?
4. Junho-yah ㅠㅠㅠ I was wishing for you to take a chaebol role and finally ㅋㅋㅋㅋ I like this so much ㅠㅠㅠㅠㅠㅠㅠ
5. The casting is daebak, they already match so well
6. It’s kinda interesting ㅋㅋ I’m looking forward to it ㅋㅋㅋㅋ I already want to watch it
7. Please, I’m hoping for a good script..ㅠㅠ also, I like everything but the broadcast time is later than I thought so it’s a bit of a shame.. I was hoping to see Lee Junho again this year ㅠㅠ
8. Hul this is a must watch
9. I don’t think that they’ll suit each other in a drama but they match as idolsㅋㅋ I’m worried because of the writer
10. I hope they picked this wellㅋㅋㅋㅋㅋㅋㅋㅋㅋ
theqoo