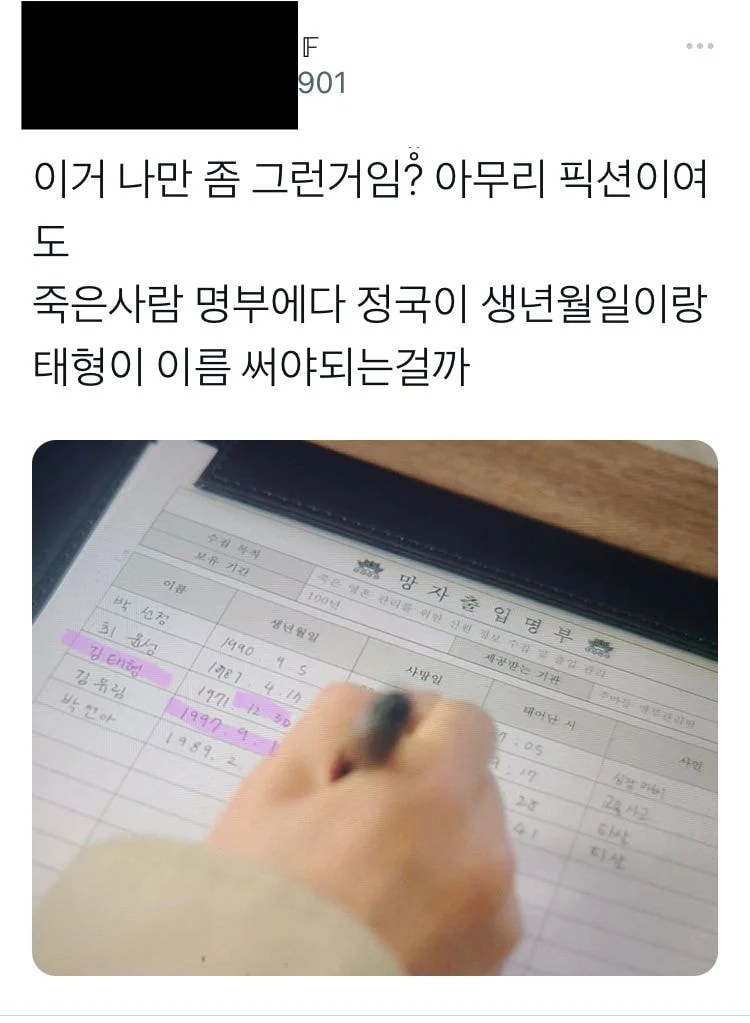 “Isn’t this a bit wrong? No matter how much of a fiction this is. Do you really have to write Jungkook’s birthday and Taehyung’s name and birthday on the list of dead people?” 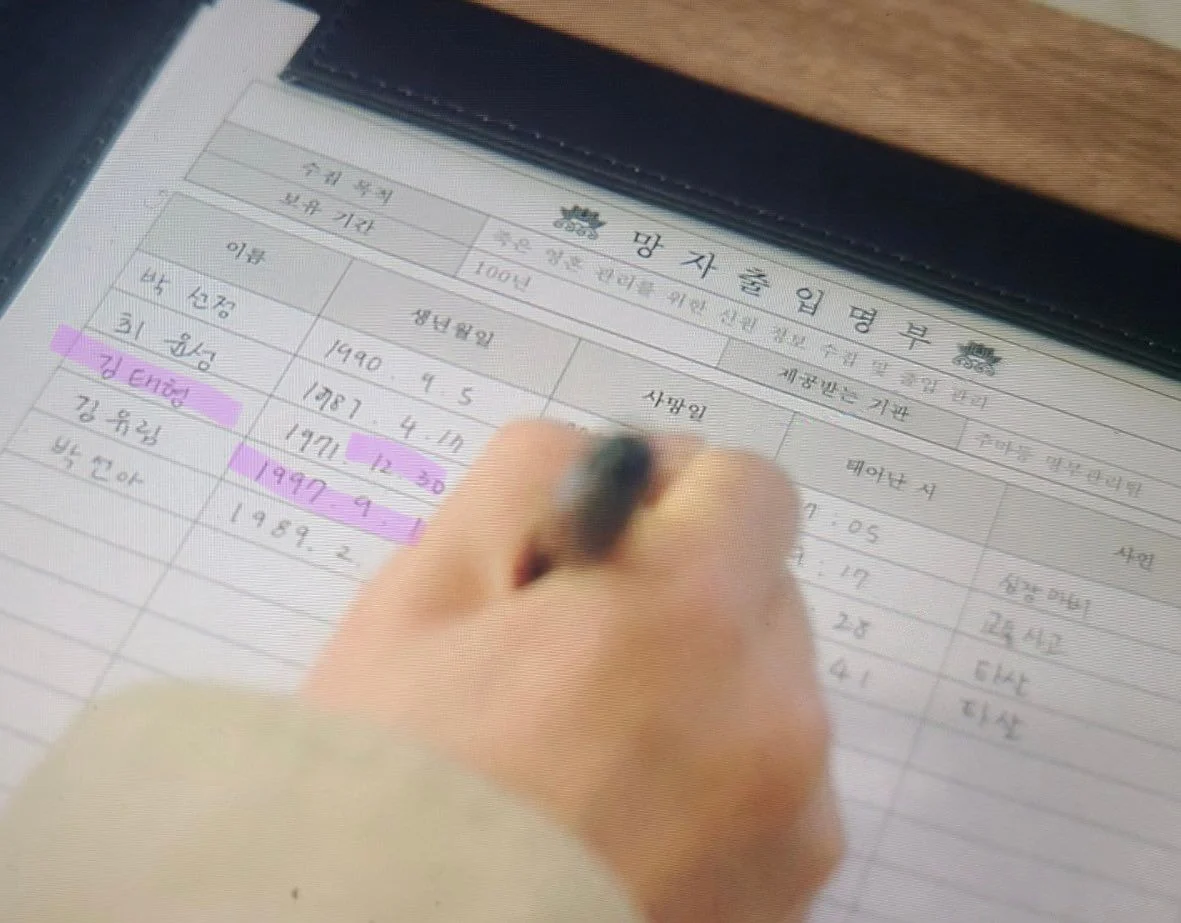 BTS V’s real name Kim Taehyung birthday 05.12.30
BTS Jungkookg’s birthday 97.9.1
original post: here
1. The kids who are defending this saying they’re just letting their fan’s heart out there must be truly the dumbest of the dumb… Who will write their bias’ names and birthdays on the list of deads? They have to be either an akgae or an anti. People being uncomfortable with this aren’t just overreacting. People who see no issues with this, would you wish that your bias appeared the same way they did? I bet you wouldn’t care
2. This cannot be a coincidence, they’re showing their intentions. This is f*cking dark
3. Not only Army but other group’s fans who looked at this felt uncomfortable too
4. Just like the title said, it’s not like only their birthdays were shown… They went as far as write Kim Taehyung on it, there’s no way they’re not related to thisㅠ Of course the fans can feel uncomfortable with this, but some people might not think much of it either..
5. I’m not a fan but this is f*cking uncomfortable? Why are they including their names in such an awkward way?
6. I bet the staff was a fan and just wrote their names on purpose, but from another fans’ perspective, I feel disgusted..
7. Of course people won’t feel good about this, those people aren’t just dead, they were killed by homicide, the names must’ve felt so randomㅋㅋ..
8. Aigoo the producers need to be more meticulous about this
9. Are they crazy?
10. Writing not only the names but even the birthdays is a bit… If they only wrote the names, you can claim that these are common names, but even having the same birthdays and not only using 1 member but 2, from a fan’s perspective, there are too many overlaps and I can’t help but feel bad. I can’t understand why people are saying that fans are overreacting
theqoo