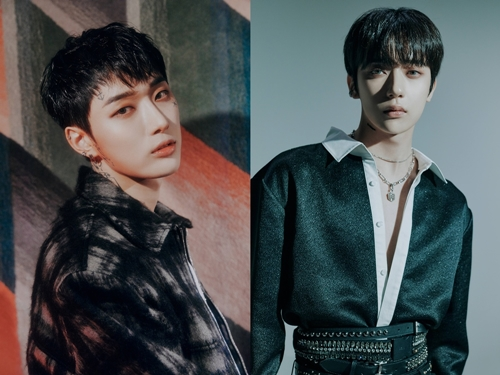 Jaehan and Yechan, members of the boy group OMEGA X, will start acting.
According to their agency Spire Entertainment on the 18th, Jaehan and Yechan were cast in the web drama ‘Comfort the Boy’ based on the Lezhin Comics webtoon ‘Comfort the Boy’ (author:Animal(?)).
‘Comfort the Boy’ is a work that depicts the story of Lee Dayeol, who dreams of becoming an archer and dashes towards it, and encounters Cho Taehyun, who has been deceived by his past wounds.
Jaehan, will play the role of Lee Dayeol, an oussah (t/n: reject) of the archery club, and Yechan will play the role of Cho Taehyun, an inssah (t/n: popular kid) at his school who believes he is a sociopath himself. Jaehan and Yechan are expected to captivate domestic and foreign fans with their natural acting skills, as well as showing off their delicate acting skills by playing characters with opposite personalities in ‘Comfort the Boy’.
[…]
Meanwhile, the web drama ‘Comfort the Boy’ is scheduled to be released in September 2022, on OTT.
source: http://mksports.co.kr/view/2022/437889/
This isn’t the fans’ delusions but reality
original post: here
1. I’m curious to see what was the agency thinking..
2. Casting the members of the same group. It’s so obvious that their aim is to attract more delusional fans ㅋㅋㅋ  As expected, I knew that the moment a BL drama hits big, all the groups will follow afterㅋㅋㅋㅋㅋ
3. Ugh even if it succeeds, this can become messy for the group
4. If they fail, they will become the target of hate so they better succeed with this… I’m not against shooting BL dramas but this is seriously a risky decision. Even if they succeed, they could be opening the gates of hell
5. The same group… And they need to keep promoting together too…
6. It’s better to have haters than to be a nobodyㅋㅋ
7. Sigh they’re really doing anything just to receive attention.. It’s obvious they’re trying to create an impression for the group but this makes them unlikable
8. Wow it’s been a while since we’ve seen Jaehanie…! I really hope that this succeeds and he does wellㅠㅠ
9. Uggghhh I wonder how the fandom atmosphere will be after this…
10. But for real, DKZ really achieved 10x their previous first week sales with this?? I think it’s still worth the shot for them
11. Basically a fanfic on screen….
12. Will I be happy if my bias did this…? I don’t knowㅋ
13. I feel like it’ll become so awkward between them…
14. But that one guy from Semantic even got a deal with Prada, of course it’s better to give it a shot than nothingㅋㅋ
15. Ah using the same group is way too eba… But fighting I guess
theqoo