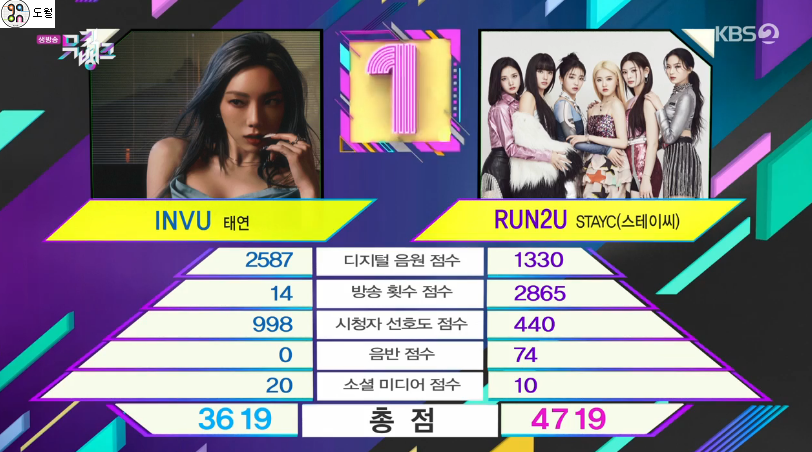 1. Digital score
2. Broadcast score
3. Audience preference score
4. Physical score
5. SNS score
original post: here
1. So it’s all about attending the broadcast
2. StayC is big enough to win #1 now?
3. StayC only has that many physical points?
4. I don’t think there’s a problem with first place, but the weight is too high for the broadcast point
5. Why does Taeyeon not have any broadcast points????
6. I’m another group’s fan but congrats StayC 💜
7. Was MusicBank always putting this much importance for broadcast points?
8. StayC’s point is good
9. The broadcast points are indeed problematic, even without it, StayC should win
10. Congrats on the #1. But even the top 3 had 2800 broadcast points, isn’t this considered a full score? ㅋㅋ
[theqoo] MUSIC BANK REVEALING THEIR BROADCAST SCORE TODAY 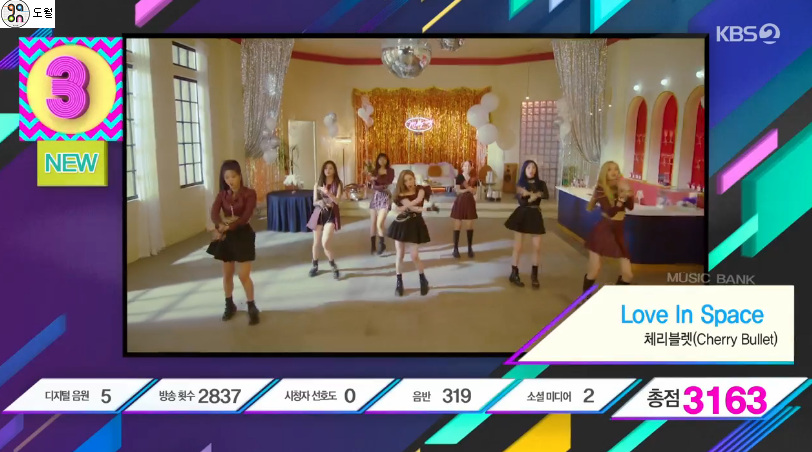 Physical scores: 300
Yet they were still able to be #3
original post: here
1. You can easily spend money to boost your Youtube views and even if you get a ton of physical and digital sales, you can’t mess with broadcast scores. At this rate, they can’t even say “It’s thanks to the fans that we won #1~~~”ㅋㅋㅋㅋㅋ  They have to now bow to the PDs and their agency
2. There’s a reason why people watch music shows less and less
3. The broadcast score is oba but they were always like that
4. The intention is good, but it’s now too dependent on the PD’s judgment…. Every broadcast have the same #1 nowadays so this is actually giving a chance to rookies and rising idols to win. The intention is good, but it’s a shame that it’ll rely on the PD’s taste. I wished they based it off something ekse
5. They’re a public broadcast which makes it even more disappointing
6. This is seriously becoming a joke
7. So the PD is giving awards to whoever they want
8. A broadcast score means giving whatever score based on the broadcast’s preference
9. I feel like it’s fine, it’s more interesting if it’s based on the PDs taste
10. Just how much did they get paid that this is the score they receivedㅋㅋㅋ
theqoo