“Hello.
This is HYBE.
Since yesterday when the online rumors surrounding Kim Garam were first raised, HYBE has made efforts to confirm the facts. After a thorough search, we have discovered that:
– The accusations revolved around instances during the beginning of Kim Garam’s middle school days, when she was just getting to know her classmates, and such instances were edited with malicious intent to problematize past events,
– A third party has confirmed that Kim Garam was in fact not a school bully, but a victim of various malicious rumors and cyber bullying during her middle school days.
– Furthermore, the rumors that Kim Garam was a trainee at a different agency, or rumors that inside documents from HYBE Labels have been leaked, are entirely false.
We believe that a large number of these accusations have been raised to slander our artist, who will be making her debut soon, and Source Music has begun procedures to move forward with strict legal action against any who spread one-sided, exaggerated rumors or false content regarding our artist.”
CR: Allkpop
original post: here
1. They are calling her… a victim? Ok…
2. Victim?
3. Then I’m curious why they are even investigation if everything were just false rumors
4. To be honest, it’s difficult to find a third party in only one day to find a testimony about herㅋㅋ they must’ve known everything about her already
5. Just like someone expected, they really made a statement about legal actions
6. But usually, in iljin cliques, they would fight among themselves and then make up again so calling her a victim because of that is even possible huh?ㅋㅋㅋㅋ
7. Yah… a girl group member having the “s*x” tag behind her is too shocking…
8. I knew they would do this. They’ll just brush it off, tsk
9. Why is HYBE getting so rotten…
10. Those i-roaches are always shielding people without knowing anything
[theqoo] HYBE – “LE SSERAFIM KIM GARAM, SHE WAS ACTUALLY A VICTIM OF SCHOOL VIOLENCE” 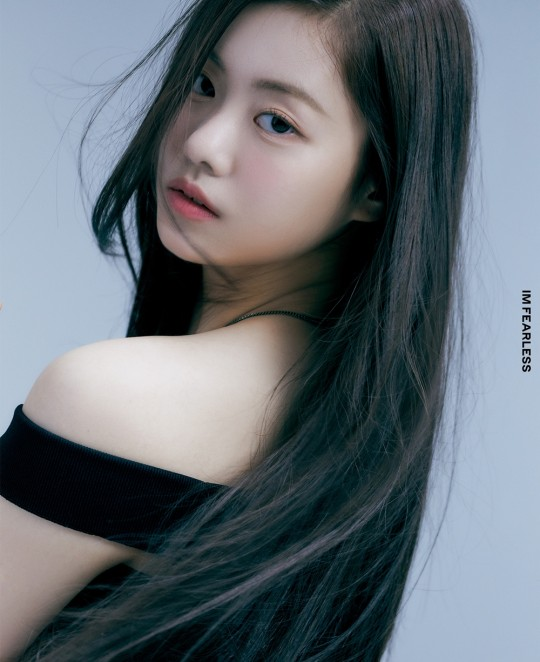 original post: here
1. So you’re saying that all the pictures were fake?ㅋㅋ
2. Crazy. Then everything was fake?ㅋ
3. What about the “s*x” picture?ㅋㅋㅋㅋㅋㅋㅋㅋㅋㅋㅋㅋㅋ
4. I was more shocked by the blackboard than the school violence rumor…
5. They are crazy
6. Huh??
7. Ugh HYBE…..
8. Because of her, I think that I’ll be skipping on the whole group…
9. You claim that a 3rd party confirmed her innocence and what was that 3rd party’s relation to Garam?
10. I read the comments but why do people want them to explain the “s*x” part….?? It’s indeed a turn off but this shouldn’t be clarified no? Isn’t the more important thing to clarify the bullying rumors? I was a bit shocked by the comments ㅋㅋ
11. ???????????????????????????/
12. Big Hitㅋ Just looking at this, you can tell that they are bad at their work. Do they think that it will be buried just like that?.. tsk
theqoo