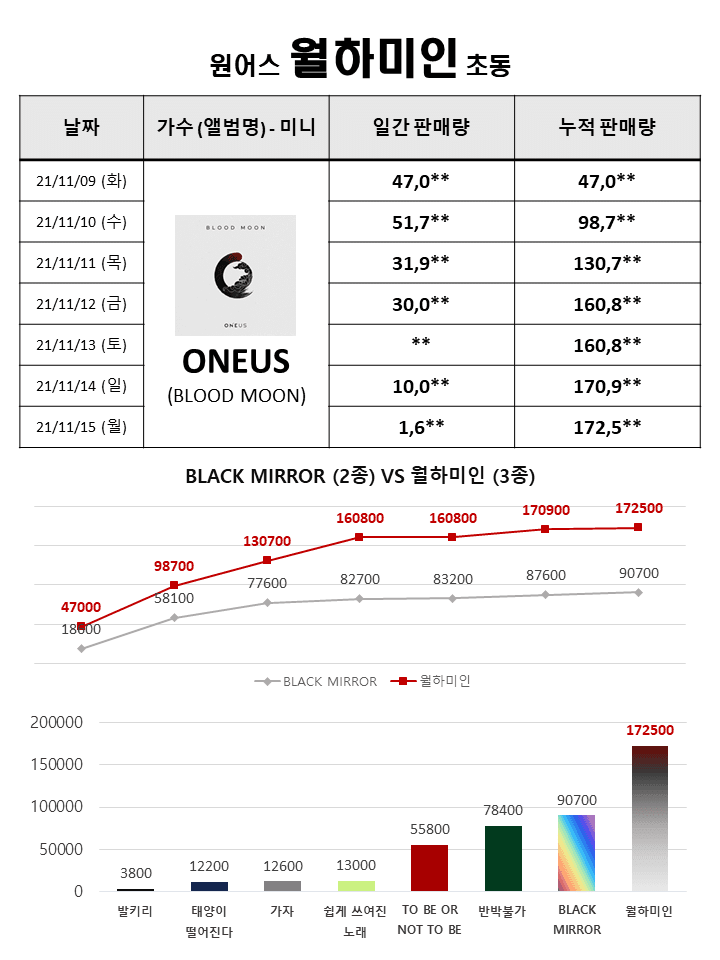 Total albums sold: 177,877 copies
(t/n: some international fans might not know this, but ‘first week sales’ aka 초동 is super important for idol fans because they have rankings on music sites about 초동 records. It’s arguably the most important timeframe for album sales, after the 1st week, fans generally don’t care anymore) 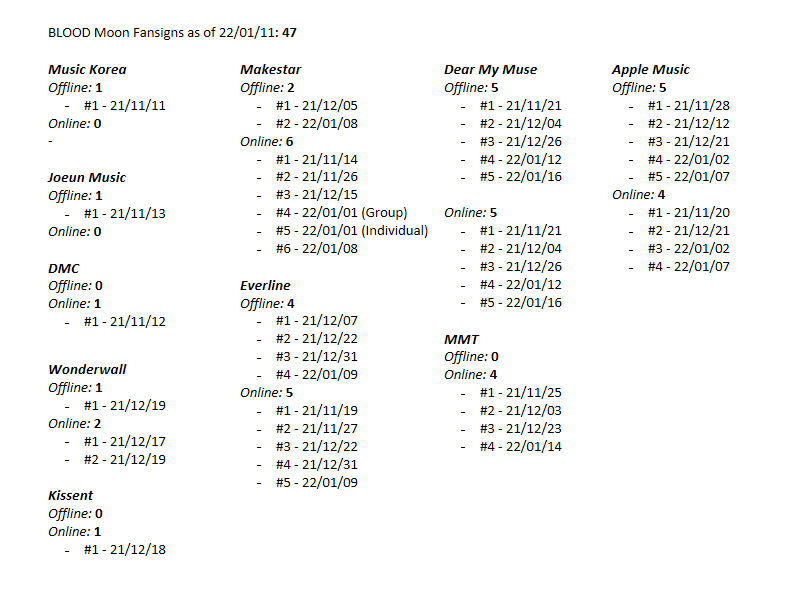 –> actually including the ones on top, they have added more totaling 51 fansigns right now
Their album let them to their 1st win
original post: here
1. People put way too much meaning in the first week sales, are the fans really not buying any albums after the 1st week anymore?? I don’t know. Is Hanteo even able to do this????
2. ㄷㄷㄷㄷㄷㄷㄷ I’m an idol fan myself butㅠㅠ The physical album industry has became so bizarre
3. having 47 fansigns is just too much
4. Are these video calls or onsite fansigns? It’s such a burden on the artists and the fans..
5. …? What are you saying..? Is this illegal?
> It’s not illegal, it’s just business
6. This is just crazy… If they’re doing this, won’t fans be expecting even more for the next album…? This is such a f*cking exhausting method
7. What the? So they only sold 5000 albums after the first week sales…? They sure will do anything for a record in the first week sales
8. They’re not the only ones doing this. There are lots of small agencies pulling the same trick. Golden Child did the same
9. They’re doing all those fansigns for first week sales…?ㄷㄷ
10. If you sell albums like that, what’s even the point? Only the people who want to buy them will buy it, but they end up buying tens of copies…
11. My bias is the other way around, people were getting pissed because we couldn’t even make it to the ranking with the first week sales
12. The agency is overdoing it. This isn’t helping the idols at all..
13. By the way, the 51 isn’t the final fansign, they’re still doing them right now
14. So they did that for the first week sales, but they’re still doing them to boost the sales, but the sales aren’t rising anymore
15. The fans were happy because they thought they were only doing this for the first week sales, but what are they doing now..?
16. This is sajaegi
17. The idols must be tired too attending 51 fansigns
18. But the company already planning these to raise the first week sales and winning #1 on music shows is considered sajaegi no? Can you even sell albums like that? And doing 51 fansigns to have these numbers…
19. Wow do they need to go this far..
20. The idol industry is becoming so weird. We need to cut the fansign culture for real.
theqoo