Hello, due to this title song’s unreasonable choreography part to Hyunjin, we are planning a mass mailing. Please refer to the image below for more details thank you” 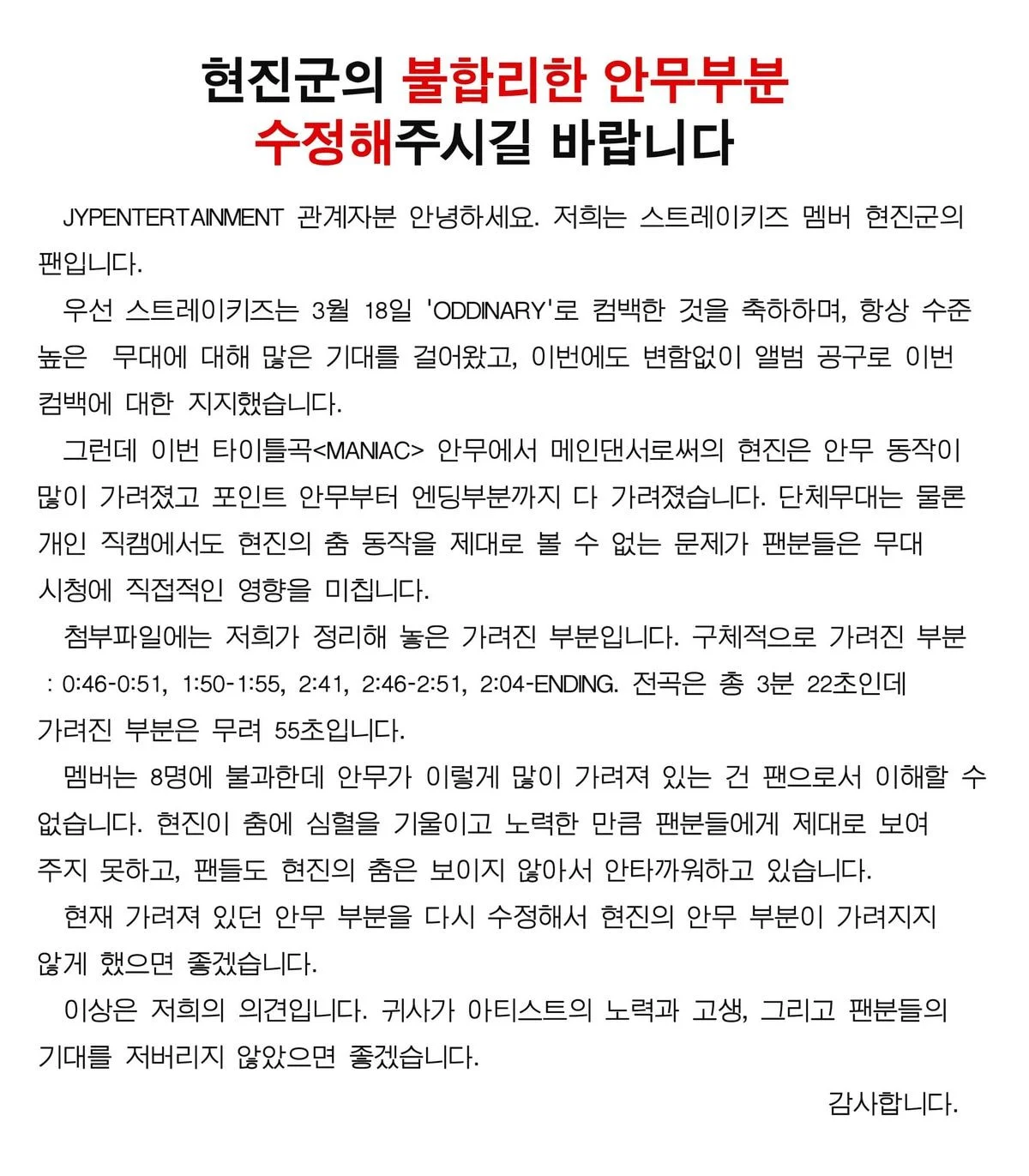 Paraphrased:
title: We hope you fix the unreasonable choreography distribution for Hyunjin.
Content:
– We were looking forward to ODDNIARY’s comeback for a long time. we will still buy the albums and plan to support the comeback nonetheless
– As a main dancer, Hyunjin’s movements in MANIAC were always covered/hidden so we couldn’t get Hyunjin’s “point” choreography. It’s problematic that we can’t see Hyunjin in the group fancam and even in the individual fancam.
– These are the parts that we have deemed to be “hiding Hyunjin: 0:46-0:51, 1:50-1:55, 2:41, 2:46-2:51, 2:04-ENDING. The whole song lasts 3min22sec, but he was hidden for most of the song: 55 seconds.
– There are only 8 members so we cannot understand as fans why he was hidden so much. We feel sad for not being able to see Hyunjin dance
– Please correct all the parts where Hyunjin was hidden in the choreography
– Please don’t let the artists’ effort and suffering and the fans’ expectations down
These are the “55 seconds” in questions:
I looked at Twitter and the fans’ reactions weren’t good either I was curious and searched their part distribution for the comeback. 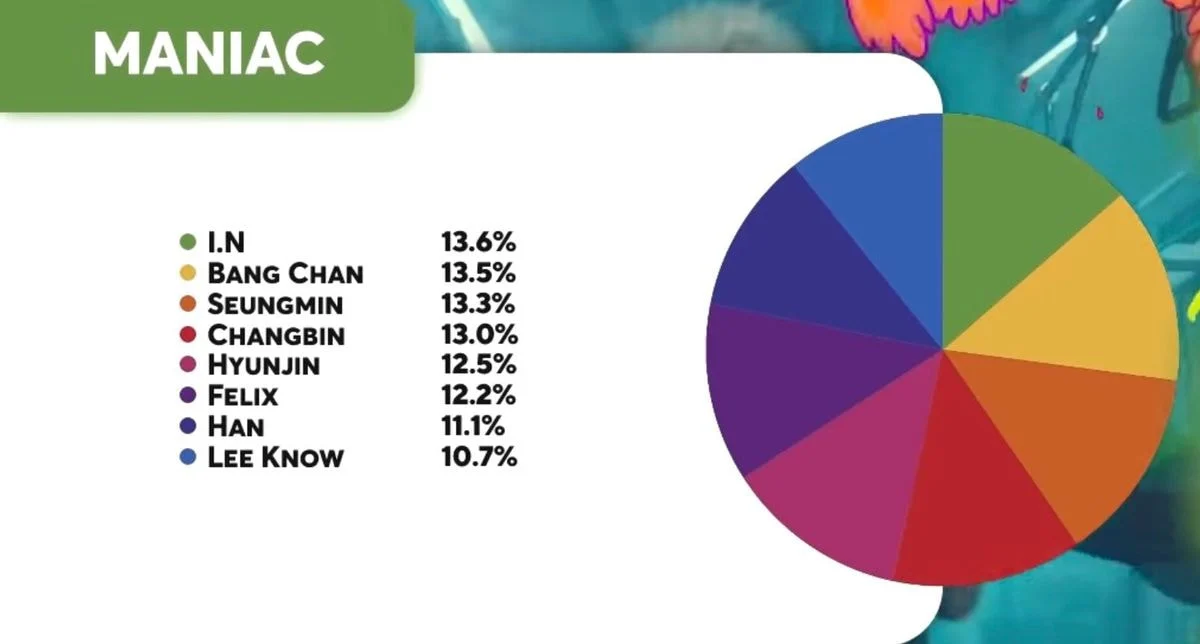 1. It’s because he’s a bully
2. Wow seriously they’ve crossed the line above and beyond. Do they really want to go this far?? Do they think that they make choreographies without taking this into consideration? Honestly, if they want their oppas to not be hidden, they need to change the moves of the choreography and change pretty much all the formations. And the oppa that they like so much needs to relearn everything too, why can’t they take this into consideration too? (By the way, I’m not saying they should change the choreography)
3. Shouldn’t the fans be grateful that they didn’t kick him out instead..
4. Wow.. The part distribution is quite fairㅋㅋㅋ It’s my first time seeing members having the same amount of parts as their main vocals
5. I’m another group’s fan but shouldn’t the fans be grateful just for the fact that they didn’t kick him out and that they’re still keeping him as the center of the group? They should just stay still and grind their teeth insteadㅋㅋㅋ Just how much more do they want the company to do for him.. This sure backfired
6. This is just like what a fandom who support controversial members would do.
This guy is nothing but a controversial member now meanwhile they’re here asking “How are you not giving our XX preferential treatment?”.
I-dle is doing amazing after kicking out Soojin, meanwhile, they decided to hug the controversial member and continue to promote but they’re just getting worse and worse. They could’ve just cut him off
7. Like school violence assailant, like fansㅋㅋㅋ If they decide to stan school violence, I’m not even shocked
8. They didn’t kick out the school violence kid and still gave him promotions, they should be thankful he even gets to be seen for 1 second. Instead, they know nothing about gratefulness and just acts like gangsters
9. Because the fans love school violence, they turned into bullies themselves
10. Why are they stanning a school violence f*cker?
theqoo