original post: here
1. Hyolyn is freaking jjang
2. No but this is the quality of a foreign artistㅋㅋㅋㅋㅋㅋ
3. When are they uploading the full version? I wanna watch it asap ㅠㅠㅠㅠㅠㅠㅠㅠㅠㅠㅠ
4. I got goosebumps 3 times
5. Ah, just have a comeback show already….
6. The people at the top are different…
7. People who witnessed the 2nd round said that she killed it so I had high expectations but even so, she did f*cking well
8. No but f*ck, she’s f*cking legendary. I’m in exclamation. She was too awesome. I smiled and cursed in a good way ㅋㅋㅋㅋㅋㅋㅋㅋㅋㅋㅋㅋㅋㅋㅋㅋㅋ
9. Wow no but, people’s anecdotes about the 2nd round said that she was so daebak. Turns out she’s really daebakㅋㅋㅋㅋㅋㅋㅋ
10. No but why am I watching a Super Ball performance?
11. She’s just the queen. She’s commanding the stage all on her own. Crazy, look at her skills ㄷㄷㄷ
12. Give our unnie the medal
[theqoo] [QUEENDOM2] 2ND ROUND OF PERFOMANCES’ FINAL SCORSE (FT. HYOLYN GOT FULL SCORES AGAIN…) 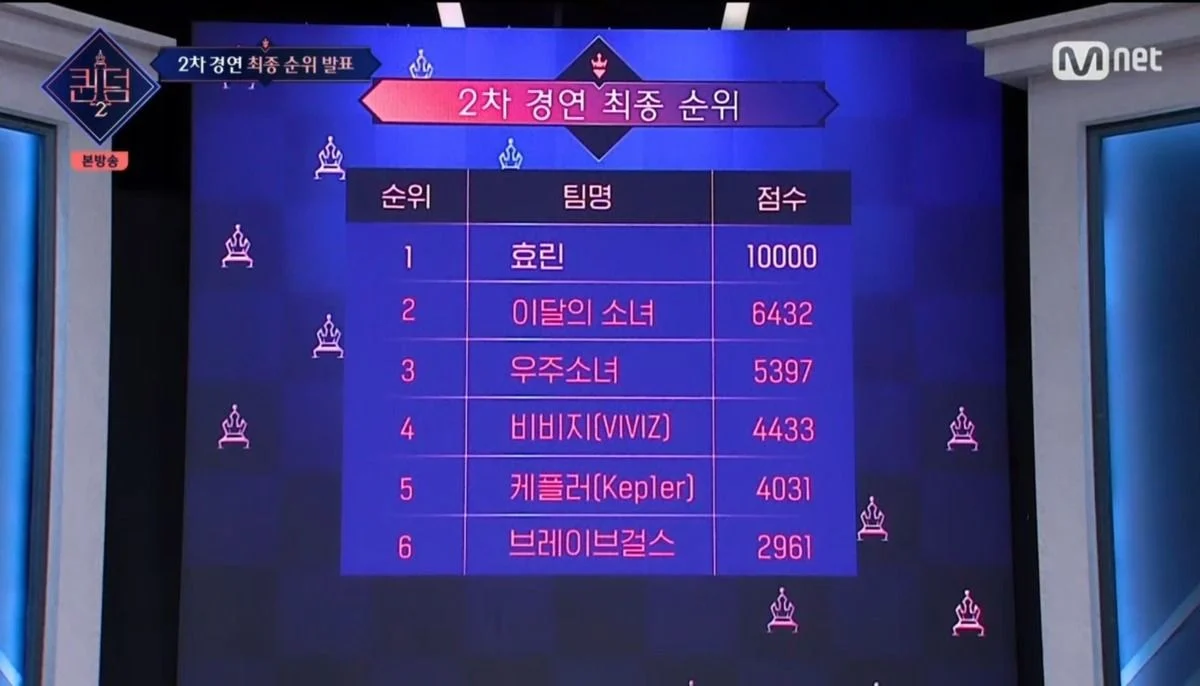 1 – Hyolyn
2 – LOONA
3 – WJSN
4 – VIVIZ
5 – Kep1er
6 – Brave Girls
original post: here
1. What’s up with Brave Girls’ score…;; Seriously, that’s not what they deserve at all
2. I liked Brave Girls though ㅠ
3. Does everyone have sane ears?
4. No but what’s up with Brave Girls…? They did the best for me
5. Are they just gonna stick Brave Girls in the “weak” image? They definitely didn’t perform a stage that’s worth ranking 6th… They should’ve at least be 4th. This is ridiculous
6. Brave Girls did so well though
7. I’m still watching Brave Girls’ stage now
8. As expected, Hyolyn got a high score
9. Brave Girls were my favorite after Hyolyn.. this is nonsense ㅋㅋ
10. I don’t understand the scoring for Brave Girls, their arrangement was so good
11. Hyolyn’s singing and performance were a wall
12. I thought that Brave Girls would be 2nd
theqoo