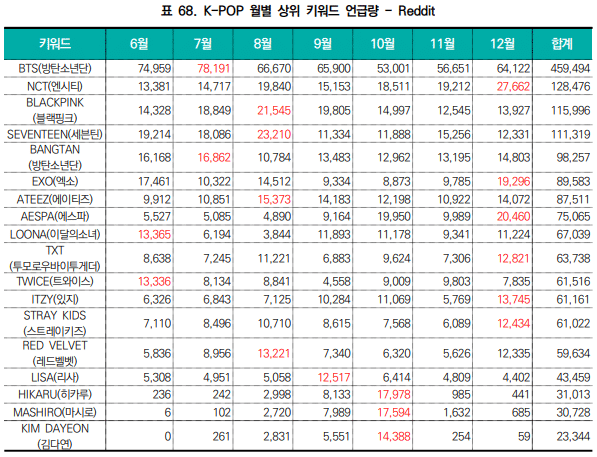 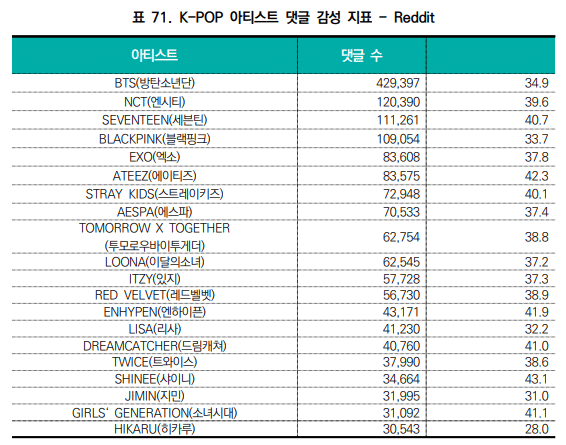 Reddit is the largest community in the United States, and it is said that it is the most active place for Hallyu..!
At the time of the survey, Girl’s Planet 999 seemed to be quite hot. 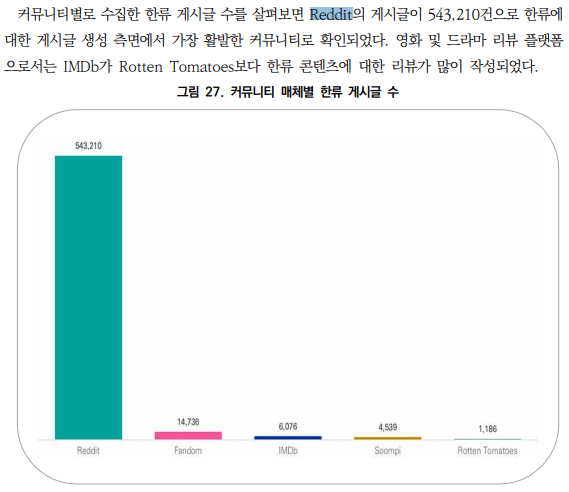 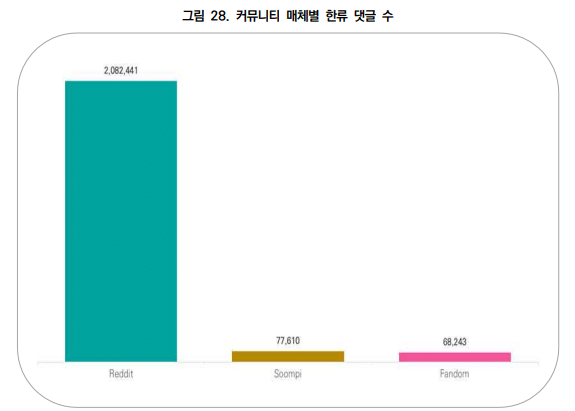 First graph: Hallyu posts based on different media
Second graph: Comments about Hallyu based on different media
original post: here
1. I watched GirlsPlanet during the broadcasting and Hikaru was super popular among them
2. What’s up with those comments ㅋㅋㅋ Even looking at the trending posts, it looks like BTS Jimin is the most popular overseas. He’s being mentioned everywhere
3. Shinee and SNSD are seriously amazing ..
4. It’s hilarious that they have BTS and Bangtan as keywordsㅎㅎ
5. BTS, Bangtan and Jimin 💜💜  It’s so cute that Bangtan has its own keywordㅋㅋㅋ
6. Wow Shinee
7. The individual ones like Lisa and Jimin are amazing
8. Daebak, Bangtan is there and Jimin is there separately too? I’ve seen that he’s being mentioned a lot by foreign celebrities especially. Looks like there’s a reason for that, his popularity is a wall overseas
9. EXO are still in their vacuum and they’re not even a full group anymore, but tey’re still popula r
10. I went ohh BTS is #1. Huh? There’s another Bangtan? And Jimin is there too? Ooh
theqoo