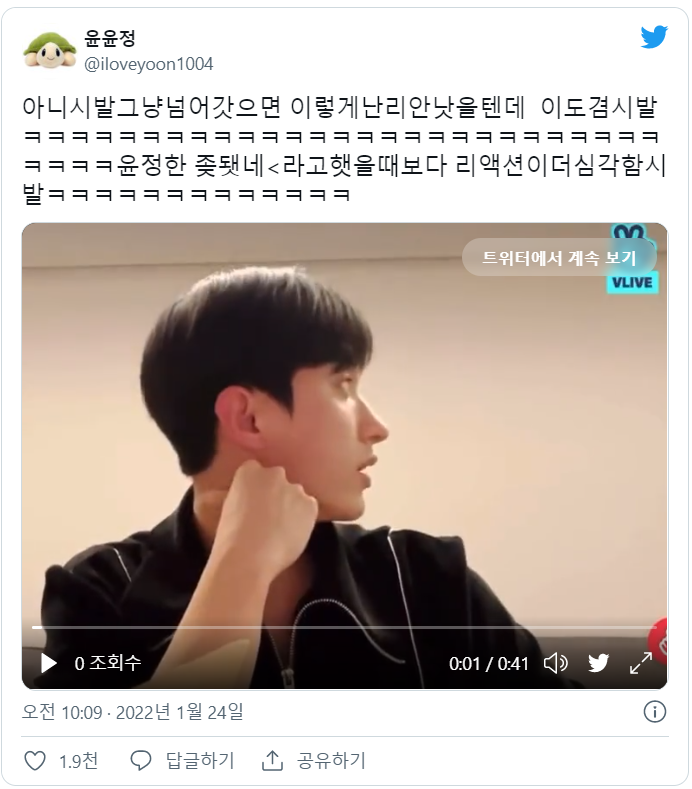 (T/N: can’t copy the link to the tweet for some reason..)
“No but f*ck, if he just let it slide, it wouldn’t have turned into such a big deal, Lee Dokyum, f*ckㅋㅋㅋㅋㅋㅋㅋㅋㅋㅋㅋㅋㅋㅋㅋㅋㅋㅋㅋㅋ His reaction was even more serious than Yoon Jeonghan’s “we’re f*cked”ㅋㅋㅋㅋㅋㅋㅋㅋㅋㅋㅋㅋㅋㅋㅋㅋ”
Another member (Dino) didn’t know that Dokyum was doing a V-live
so he came through the front door an said something like “on days when I want to go crazy, Yewon nuna is always there. Oh? (She)’s not here?” (T/n: it’s kinda vague so there’s no really any context, he must’ve been talking to someone else or something…)
They didn’t reupload the live
Is Yewon nuna his nuna or manager?
Why is there a woman in their dorm?
Or is it a close female idol friend?
Fans’ reactions are divided
original post: here
1. That reaction..
2. What’s with his reaction….? Why aren’t they reuploading the video?
3. Isn’t it because they mentioned a commoner’s name on live? If they mentioned another idol’s real name, they could just cut out that clip?
4. No but why is he reacting like that?ㅋㅋㅋㅋㅋㅋㅋㅋㅋㅋㅋㅋㅋㅋㅋㅋ
5. If they were just talking about a staff, there would be nothing to be surprised about
6. If that was a staff’s name, she’s a commoner so isn’t it the right thing to just remove the video?
7. The fact that he was this surprised and worried is daebak..
8. If she was just a staff, there’s no need to make such an exaggerated reactionㅋㅋㅋ But whether it’s a staff or a girlfriend, I don’t really care
9. It’s obviously not a girlfriend but a female friend from what I saw ㅋㅋㅋㅋㅋㅋㅋㅋㅋㅋㅋㅋㅋㅋㅋ He should’ve said loudly that he was in a Vlive as soon as the door opened though
10. Was that voice from Vernon?
11. But why was he that surprised? If only he didn’t react, it wouldn’t have turned into an issue
12. I think he’s just shocked that he mentioned the name of a staff
13. Looks like a girl who’s a close friend of the members?
14. It just seems like a staff’s name…
15. His reaction was way too much…
16. I feel like it’s obviously a staff’s name for example, their managerㅋㅋㅋㅋ I’m a fan of another group andㅋㅋㅋㅋ He said that he wants to go crazy so do you think that his girlfriend would be at their dorm?ㅋㅋㅋㅋㅋㅋ
17. But why was he this surprised?..
theqoo