rough trans:
Soo-ho *takes Young-ro hostage*: Drop the guns
Kang-moo (to squad): Drop the guns
*NSA squad lower guns*
Kang-moo: Im Soo-ho. She’s just a young student.
Soo-ho: Get out, everyone get out
Kang-moo (to squad): Get out. Everyone withdraw
Soo-ho: Wait a moment. *Points Kang-moo*, you’re the one responsible right? You stay here.
Hanna: He’s been shot, but you’re telling me you’ll hold him hostage?!
Soo-ho: Listen well. If you attack us, I’ll kill *Kang-moo* first
Kang-moo: Good. Since I’ll be staying here, release all the students.
[irrelevant exchange between Hanna not wanting to leave Kang-moo, Kang-moo insisting they leave]
*units withdraw*
“She’s just a young student”
“I’ll stay there, so release the students”
People still claiming that this isn’t beautifying the NSA are the same ones spurting bullsh*t like “we shouldn’t torment North Koreans but treat them kindly” and watch pro-Japanese soldiers dramas with a smile.
They’re just friendly Japanese who were victims of an unfortunate history right?
I can’t understand the brains of the people still not understanding that this is beautification of NSA
original post: here
1. This conversation and this scene was disgusting too …

Chang-soo (NSA leader): Don’t you know we (NSA) have to put our citizens’ lives before ours!? *takes Hanna out of the case*

Hanna: *begs Chang-soo to keep her on the case even if it means expulsion*
*Tae-il (Secretary General of the ruling party) arrives, scolds Chang-soo for not taking care of the Soo-ho case and letting a North Korean enter the dorms of the female university*
*skips to university scene*
Young-ro *sees NSA agent is trying to untie himself* *pretends to be having stomach ache draw attention*
North Korean guy: Didn’t I say I’d kill you if you did anything?
Dorms owner: She’s sick
*North Korean guy is distracted by Jisoo as NSA agent unties himself*
*NSA tries to save the students by trying to kill the NK guy*
2. Wow those dialogues are seriously crazy. They’ve killed so many innocent students who haven’t done anything, yet they’re making NSA speak these kinds of words? Just how can you not consider this unproblematic? This broadcast station and the writer have already proven to have distorted history many times
3. You really think that the NSA cares about innocent people’s lives and “young students” or what not? Beautification aside, this isn’t even beautification anymore, it’s straight up right-wing f*ckers’ propaganda. Just go commit su*cide
4. This drama is just childish. They’re not only distorting history, but they’re also turning things that have never occurred into facts. The actors’ acting are all weird and this just seem so childish. The writer should seriously stop writing at this point. I feel like she doesn’t care about her writing skills anymore since she thinks that her dramas will do well anyways.
5. This is seriously a comedy f*ckㅋㅋㅋㅋㅋㅋㅋ
6. Wow the moment I heard those dialogues, I felt nauseous, and they’re talking about a total reversal in episode 5? F*cking disgusting🤮
7. Nobody who shields this get a reality slap when they do so?
8. So in the end, the NSA team lead and his agents were just poor victims of the political powers of that time? That’s the takeaway they want us to have? Do they think this is a sane message to pass to viewers?
9. Ah f*ck thisㅋㅋㅋㅋㅋ R*tarded f*ckers, at least try to be subtle a bitㅋㅋㅋㅋㅋㅋㅋ Seriously every time I see this, swears just flow out of my mouth f*ck. To the f*ckers who still can’t acknowledge this being beautification, what if someone came to your house and burned down everything down to your chopsticks? Are you still going to act like that?ㅋㅋㅋㅋ
10. They said they’d quench all the misunderstandings if we watched until episode 5ㅋㅋㅋㅋ  Meanwhile the plot of episode 5 is still as bad
11. Ah~ I get it, so the genre was fantasy in the endㅋㅋㅋ
12. Every scene was disgusting, yet they told us “Believe me, watch episode 5”?????? Just how much do the producers even know about history? Jirisan was called a flop with 7~9% viewership ratings, so you know how much of a bigger flop Snowdrop is when they barely hit 2%. Flop even more
13. So what was the reversal?ㅡㅡ  They told us to watch for the reversal with the 3 consecutive episodes no?
14. And what part isn’t distorting history here?
15. An NSA agent saving innocent students. Wow. This is a fantasy
[theqoo] “SNOWDROP”, THERE WAS NO REBOUND IN VIEWERSHIP 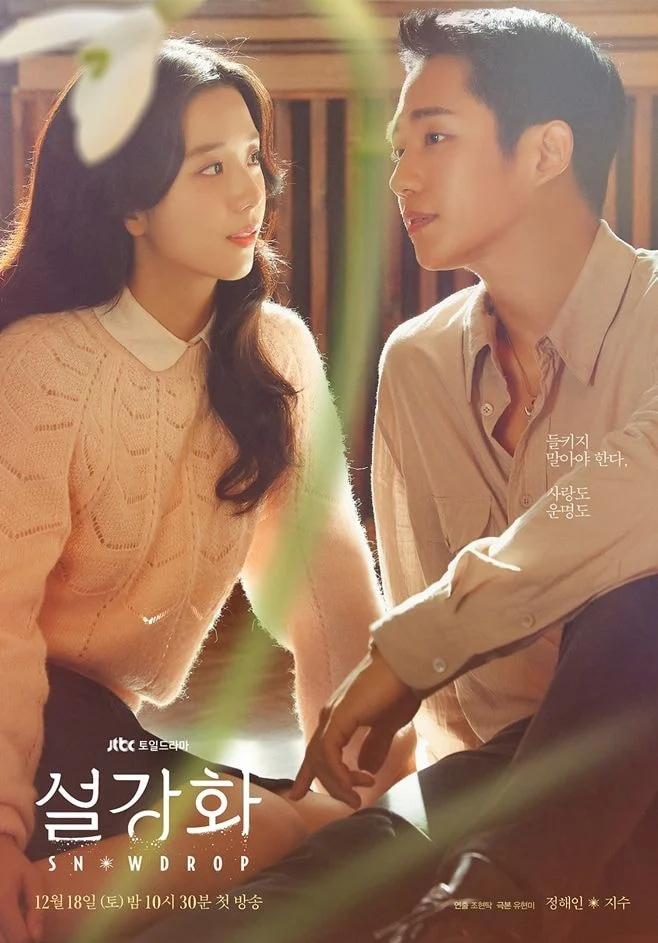 According to Nielsen Korea, a ratings research company, on the morning of the 27th, episode 5 of JTBC’s Saturday and Sunday drama ‘Snowdrop’ which aired on the night of the 26th, recorded 2.75% in viewership ratings based on pay TV households nationwide.
This is a figure that has risen by more than 1% compared to 1.69% for the 4th episode aired on the 25th, but it is a decrease compared to the 2nd episode aired on Sunday, which recorded 3% viewership ratings in the absence of competing dramas in the same time zone on Sunday night.
[…]
source: https://entertain.v.daum.net/v/20211227090111830
original post: here
1. Yet they’re still f*cking us with the NSA beautification, scrap this
2. So we’re going to scrap it now right?
3. Pfftㅋㅋㅋㅋ
4. So they broadcasted at a time when no other dramas were playing and still got this viewership… Just scrap this
5. Imagine a tentpole hitting only 2%ㅋㅋㅋㅋㅋㅋ
6. Just scrap this!!!! I’m not supporting BlackPink anymore. They’ve disappointed me so much, I just get chills when I see them nowㅠ
7. Why are they being so loud for 1~2%? Just scrap this
8. JTBC was rebroadcasting Snowdrop massively throughout weekend, just why are they trying to fight with us so much?
9. I wonder what excuse people will bring out this time? “They would’ve done better if not for Im Youngwoong’s show”?
10. A 90 minutes drama that can’t even hit 3% is a total flop… Meanwhile people are blaming it on Im Youngwoong
11. They told us to watch until episode 5 just to keep shoving that NSA beautification
12. I don’t think you resolved any misunderstanding? So are you finally going to scrap it?ㅋㅋㅋㅋㅋㅋ
13. I can’t believe this r*tarded drama actually had an increase
14. ㅠㅠㅠㅠㅠ That’s way too high!!!
15. They definitely will not scrap this at this rate