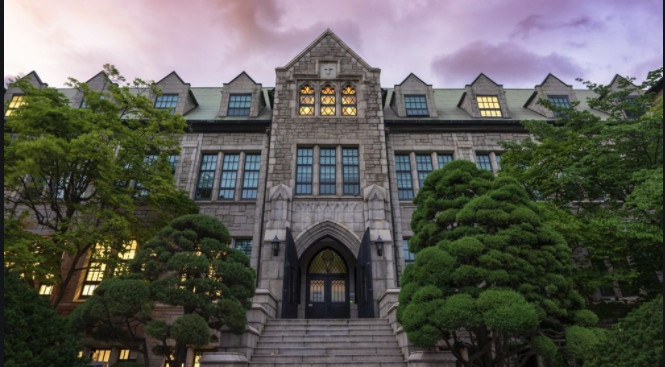 Don’t just change the name. They should’ve made it into a different style with the CG. They are damn insincere -_-;

The Ehwa students being cheerful because of a party (open house).. No I mean Hosoo students. 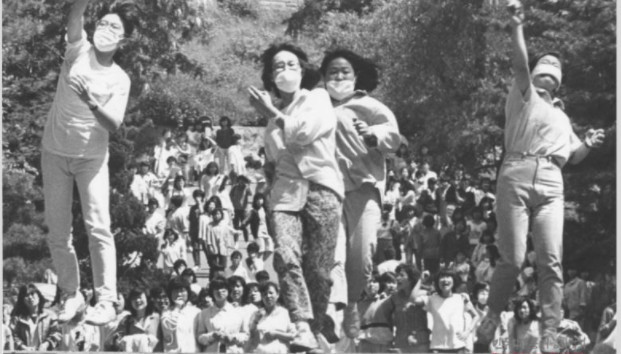 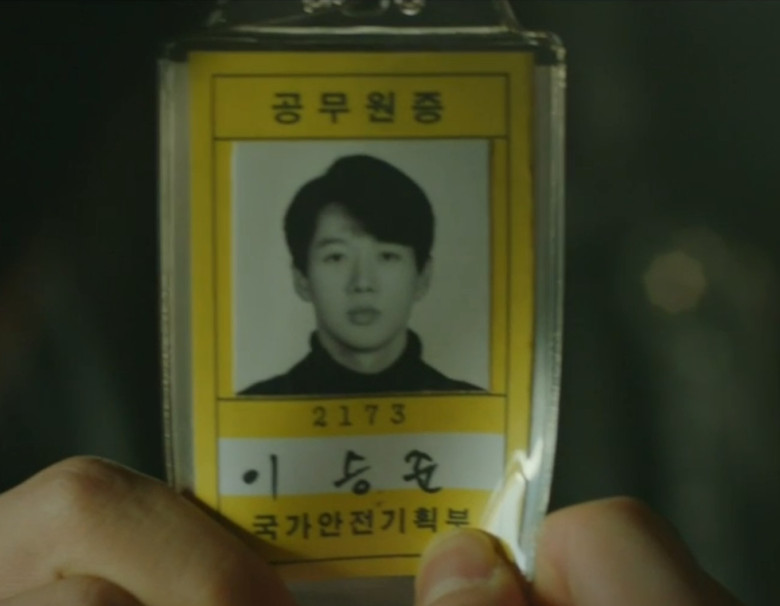 The NSA barged into someone’s house to conduct a search and someone asked who he was so he showed an NSA ID card.

Back in the days, if you asked who you were when the NSA barged into someone’s house for a search, I think you would have seen an iron pipe instead of an ID card.

The scene where the very upright NSA team leader confronts his superior.. sigh.. is coming.
And the superior that he’s confronting is actually the great ‘Director-General of the anti-Communist investigation’ 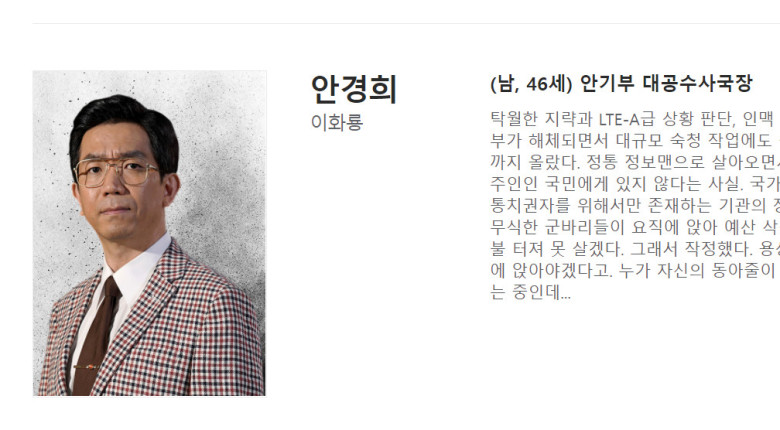 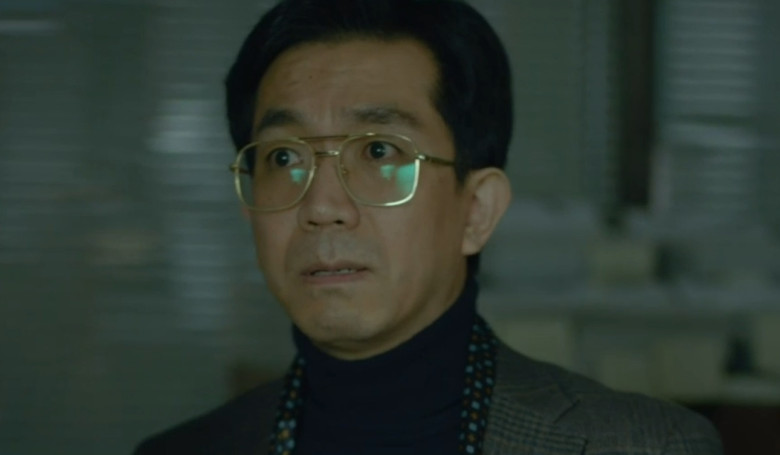 The Director-General was just speechless and sent the agent off. 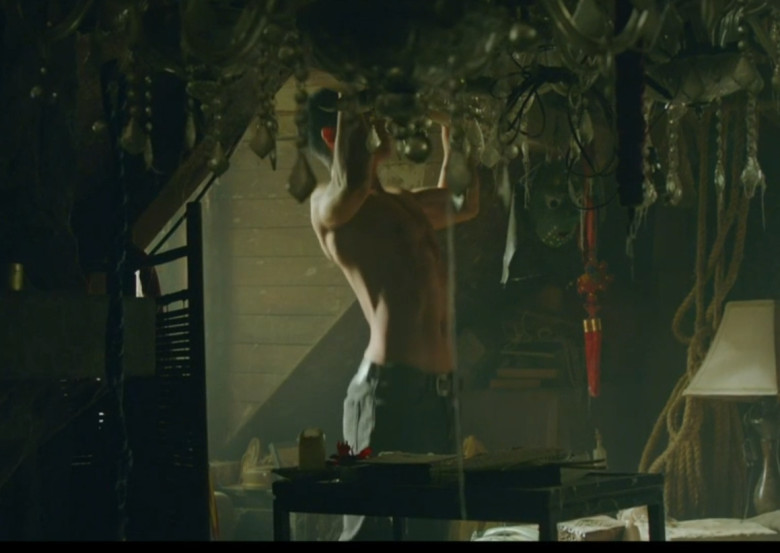 A service-cut for our fans. Yay!

This can’t be missed right!
Our spy-nim’s nipple and abs party! 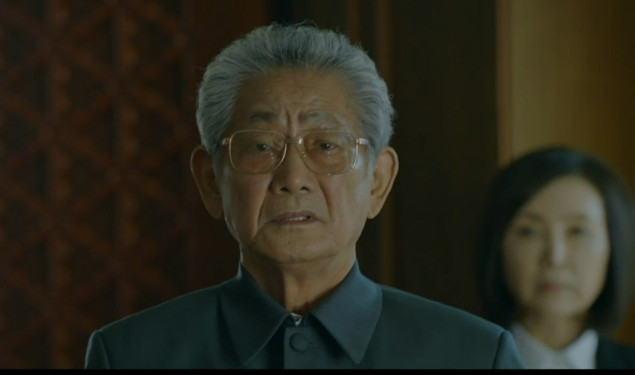 Who is this person? He’s the deputy director of the Unification Front Department of the North Korean government. So what does he see when he comes in to conspire with the NSA kids? 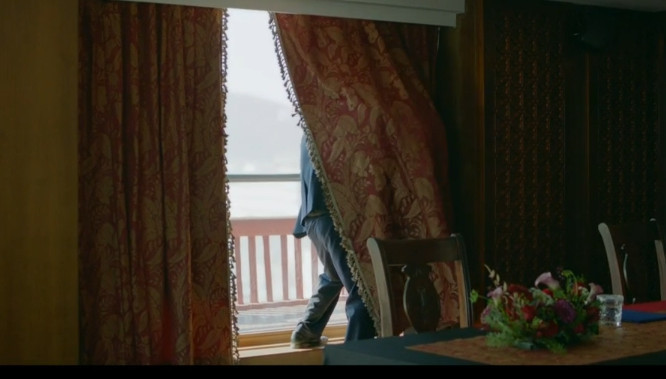 Ta-dah! It’s a gag scene. The NSA kids are fighting themselves

It’s a gag scene for the North Korean deputy director.
Our NSA leaders sure are “humane”… 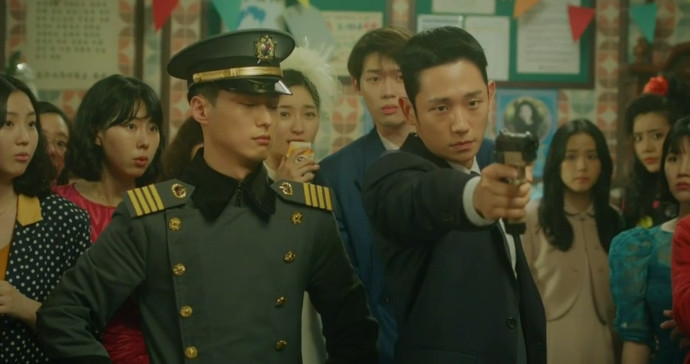 Do you know why this is another gag scene?

Our cool lead character spy-nim who is stepping on the rude national army soldier by demonstrating his skills in a party game (shooting game).

A colorful open house party at Ewha, no I mean Hosoo University~~ yay!!

The male and female lead’s two-shot scene from the poster and teaser. Wow look at that frame. It’s over.

It’s like they are the only ones left in the world.
The spies, the NSA, the democratic movement, I can forget everything. 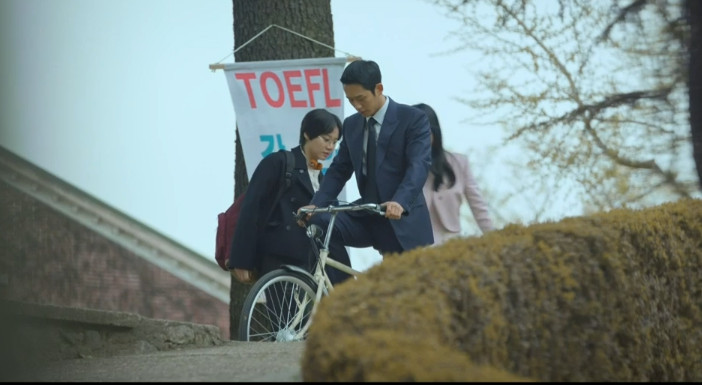 That’s right, anyways all activists are kind and since activists need to help students, of course she should help them escape.
How can she know that he’s a spy?
The drama doesn’t deal with external social situations – protests, etc., but only with parties, so even if it tries its best to avoid the problems, the episode turned out like this.
But I wonder if there is even one human who hasn’t seen blood when the NSA barged into their house for investigation and asked them for an ID.
Even the scene where they were criticizing the national army soldier’s skills which was made into a gag scene was ridiculous.
I wonder if the scene where the NSA people were fighting in front of the North Korean deputy director was even a joke.
Instead, they just look like a bunch of people greedy for money. Were these just two idiots hungry for money? I thought that they were closer to the devil.
Overall, they focused on the romance, emphasizing on the spy’s cool body and manners (cliffhanger with the female lead, hugging the female lead like a princess, etc.), focusing on Jisoo’s Cinderella-like sad story, showing her pretty and innocent looks. It’s like they are claiming victory by stimulating their fandoms which is pretty unpleasant.
original post: here
1. Snowdrop’s viewership for the 3rd episode was 1.8 congrats, congrats. Let’s bring it down even further. Also, scrap it.
2. Looks like the writer played like this during that period of time. Who cares if others were dying or not during the democratic movement? Her world must’ve been like a flower garden. Even when others were being tortured, the writer was only thinking about parties. Who were the people who thought of the NSA as devils? Maybe they were cowards? Maybe they were people who were playing dirty? Maybe they were psychopaths?
3. Shouldn’t Ehwa sue them?…
4. I bet that’s how the writer spent her life
5. Pathetic
6. 😨🤮
7. 1.8%, who’s watching it? F*ck……
8. The writer seriously lost her mind
9. Just what am I supposed to watch in order to be able to judge it?? How were our misunderstandings solved??? (T/N: referring to JTBC’s statement asking viewers to watch and judge and that there were misunderstandings surrounding the plot)
10. Where were the misunderstandings that they keep on insisting like that?ㅋㅋ…
11. How long are we supposed to watch this to call this a misunderstanding? The more I watch, the messier it gets
12. Why are people watching this? I’m leaving a comment about Snowdrop for the first time and the beautification of the past is severe
[theqoo] ‘SNOWDROP’ SPECIALLY ARRANGED EPISODE HITS 1.853%… ‘THE RED SLEEVE’ HITS 12.8% 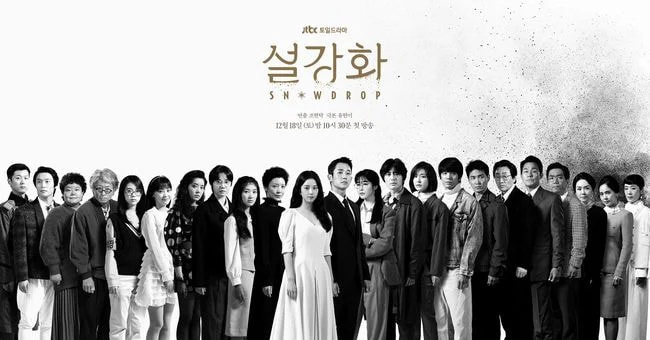 The 3rd episode of JTBC’s Saturday-Sunday drama ‘Snowdrop’ recorded 1.853% of viewership based on national paid TV households.
Episode 13 of MBC’s Friday-Saturday drama ‘The Red Sleeve’ recorded 12.8% nationwide, and episode 12 of SBS’ Friday-Saturday drama ‘Now, We Are Breaking Up’ recorded 5.7%, respectively.
source: https://entertain.v.daum.net/v/20211225075833204
1. ㅋㅋㅋㅋㅋㅋㅋㅋㅋ
2. Pfftㅋㅋㄱㄱㄱㄱㄱㄱ I hope my wish of this flopping  continues and we get to see it decline lower and lower to the groundㅗㅗ
3. Aren’t they doing it tomorrow too??? I wish for 0%^^!!
4. It’s still too high😣😣😣😣
5. Even 1% is an exaggeration 🤮
6. Jung Haein never had a TV show that hit 1%, let’s bring it below 1% tomorrow
7. 1.8ㅋㅋㅋㅋㅋㅋㅋㅋㅋ
8. Let’s flop even more
9. So about 100 people watched it, looks like there are still people watching for their freedom of expression bullsh*tㅋㅋㅋㅋㅋㅋㅋㅋㅋ
10. A flop drama with a bunch of controversies, why are they still insisting on broadcasting it? I can’t understand