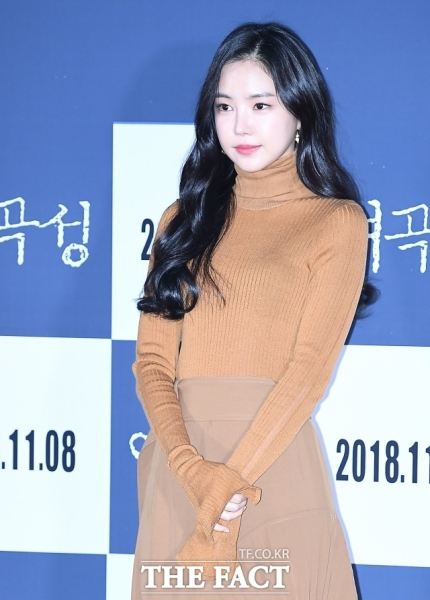 Na-Eun has officially left A Pink.
According to The Fact, Na-Eun is withdrawing from A Pink ahead of the girl group’s 11th anniversary. An insider stated it’s because she’s allegedly unable to balance her idol and acting activities, saying, “Na-Eun decided she can no longer participate in A Pink’s activities due to other schedules at the same time.”
Reports further alleged Na-Eun is wrapping up her promotions with A Pink after discussing it with IST Entertainment, YG Entertainment, and the group members, and all parties are in support of her. IST Entertainment has also confirmed, “After discussion with the two companies and A Pink members, Na-Eun has decided to conclude her group activities.”
The news of Na-Eun’s withdrawal comes after fans speculated she would be leaving the group earlier this year.
In related news, A Pink are set to drop their 11th anniversary song on April 19, but it’s not known whether Na-Eun will be participating in the release.
CR: Allkpop
original post: here
1. She had all the reasons to leave
2. People are hating so hard on Son Naeun on Twitter right now ㅋㅋㅋㅋ why are you guys working so hard?
3. I think that she has the reasons to leave and doesn’t deserve any hate either. I hope that she succeeds more in the future
4. I hope you do better in the future~!
5. If she stayed in the group for 10 years, that’s a long. There were so many journalists blaming Son Naeun but I would’ve also gave up doing things simultaneously if I were her
6. Congrats congrats
7. It must have been hard to adjust the schedule because you were acting for another agency, but you did your best to participate in the 10th anniversary album. Her activities were delayed because of the other members of the team, but her previous agency and some fans implied that it was all her fault… She did her best to participate in everything, but now that she’s being criticized as if she was a traitor so do you really think that she wants to participate in their next activity?.. Fighting

8. I feel like Son Naeun wouldn’t have left if there weren’t so many articles media playing about how she’s not participative. She was still a member of the group back then so it would’ve been weird if she saw all those articles and didn’t have any thoughts about them…

9. The malicious articles were solid… she honestly did well for leaving
10. Sigh, good jobㅋㅋ on their last comeback, they media played so much and pushed her to a corner. How was she supposed to endure that?
11. That other company did such dirty media play against her that I was shocked. I support Son Naeun
12. Son Naeun, fighting!
13. It surprised me how she was getting more hate than that school-violence member. This is a relief
14. I understand her leaving seeing what happened last time ㅠㅠ