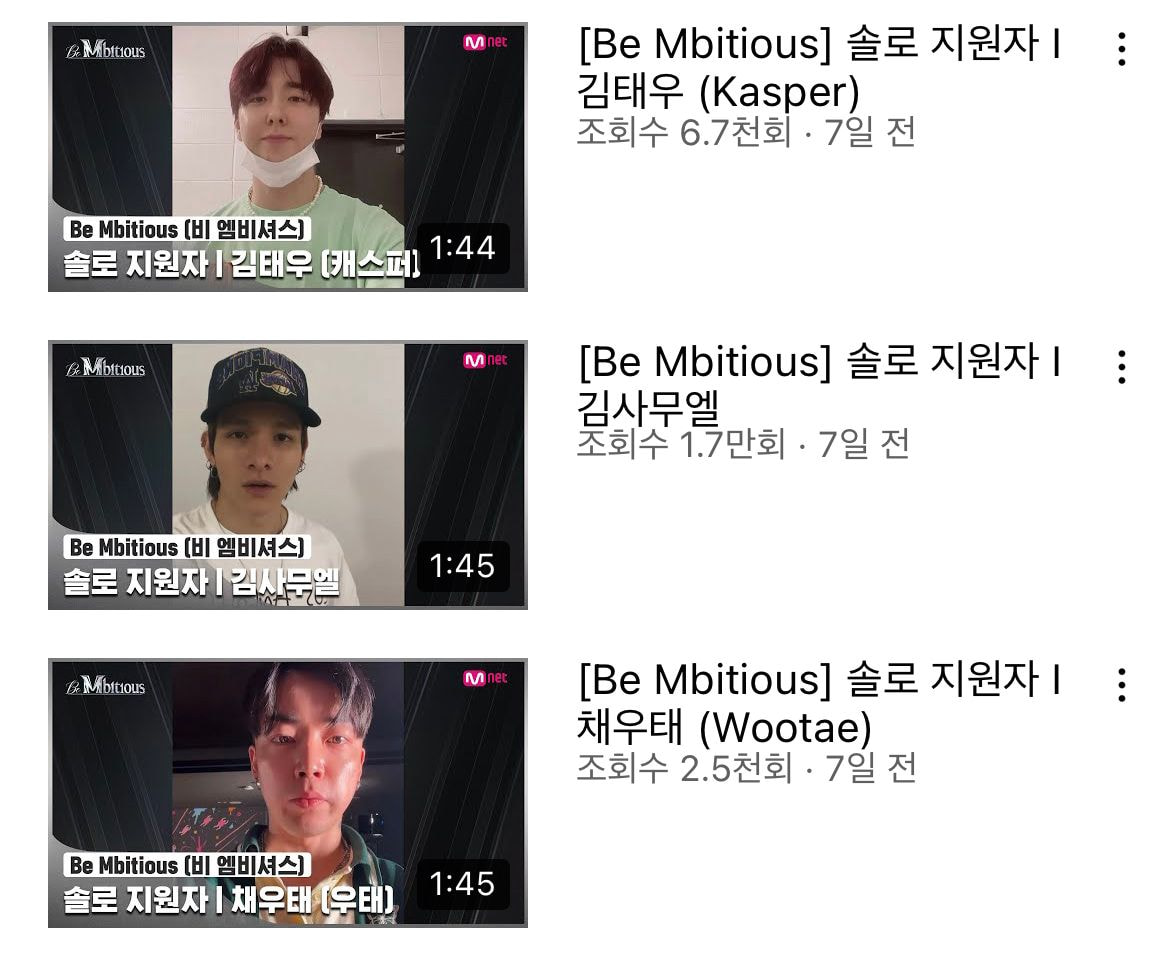 1. Kasper
2. Samuel Kim
3. Wootae
original post: here
1. Just disqualify all 3
2. Hul Kasper is coming out?
3. Looking at Kim Samuel’s video, he doesn’t even do his greeting and he shows no sincerity doing it. I feel like he just danced on a choreography that was handed to him. This makes the other singers who signed up on this so comparable. He also didn’t post the video on his own SNS and it’s just Mnet who posted this
4. Hul so who was the original choreographer? This makes no sense
5. Is it possible to dance on the same choreography?? They didn’t do this choreography before Mnet gave it to them? I feel like Mnet is the one trying to stir this up? I’m sure that they’ve already agreed to do this beforehand
6. It’s obviously weird to have the exact same application when you’re applying to an audition show… What is this?
7. ㅋㅋㅋ What are they doing ?
8. I can only think of the Poppin Popping controversy now when I look at SMF
9. Wow as expected from Kasperㄷㄷ I’m looking forward to see him
10. Kasper and Chae Wootae are both choreographers. Kim Samuel also choreographs his own stuff, I can understand if all 3 came together to choreograph this. But it’s weird that they posted all 3 together. I’m sure there’s a behind story to this