(T/N: For context, this is what they are referring to – more context below) 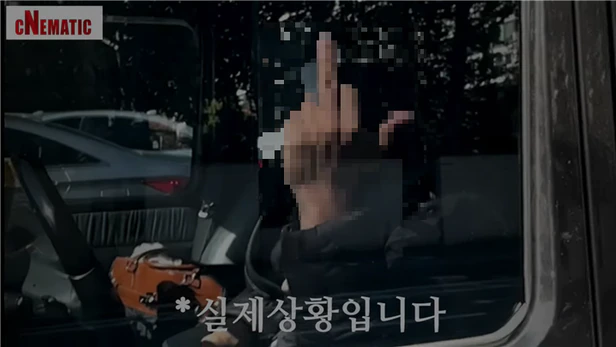 On April 27, SM Entertainment denied rumors that EXO’s Chanyeol acted rudely towards a female influencer.
Earlier on April 26, Channel S’s “Real Granny” featured a female biker and YouTuber who revealed that she was threatened by a famous idol while driving. She shared, “One time, I was driving a small scooter on the way to work, and a foreign car was intentionally driving in a threatening manner. I sensed danger, so I avoided the car, [but the driver] suddenly made a rude gesture with his finger.”
She continued, “I chased after the driver, and I approached the foreign car that was on standby at a traffic light to knock on the window and ask, ‘Why did you curse at me?’ When I did that, the driver pushed down his hood and only continued to curse at me with his finger. However, I realized he was a very famous idol.”
When rumors surfaced online that stated that Chanyeol was the idol mentioned, a source from SM Entertainment clarified, “The figure within the relevant video is not Chanyeol.” They continued, “The vehicle is completely different from the car owned by Chanyeol. We will take strong legal action against the spread of false information.”
Chanyeol enlisted in the military as an active duty soldier in March 2021.
CR: Soompi

1. What about his tattoo though??
2. Huh? Hul what is this…
3. Seems like it wasn’t him.. sorry
4. Uhm… We wouldn’t know completely until all the results are out
5. I thought that SM only release official statements when they are sure of it… but this time it really seems like it wasn’t him
6. Let’s just reveal who he is
7. Hul it’s not? But just then, everyone said he was an idol though
8. Seems like it’s really not an idol this time
9. I just saw the news now and it’s a relief that he’s not an idol
10. Hul aigo what a relief
[theqoo] CHANYEOL’S CAR AND THE ALLEGED IDOL’S CAR FROM THE YOUTUBER 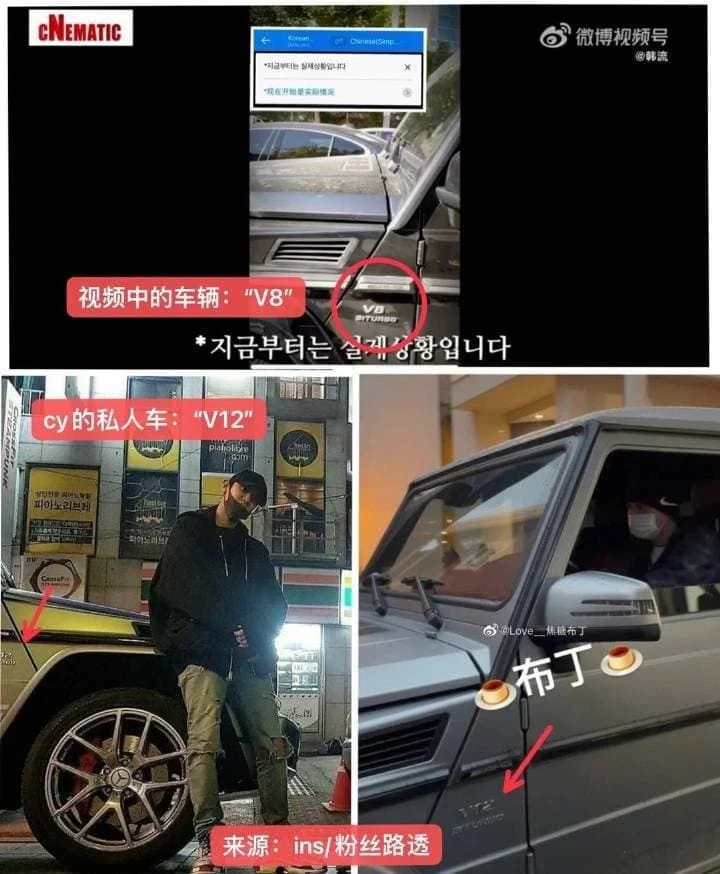 1. Wow people are just hating on him with everything.. he’s pitiful
2. As expected, it’s the best to just stay quiet. He’s freaking pitiful
3. Crazy, everyone just started by hating him first but now are all deleting their commentsㅋㅋㅋㅋㅋㅋㅋㅋㅋㅋㅋㅋ
4. Crazy pitiful. He got all sorts of curses
5. Pitiful. I hope that SM takes strong legal actions
6. He’s pitiful. I hope that the people who were blindly hating on him just now all reflect. And I hope that YouTuber gets sued
7. I did wonder if a celebrity, and a top idol on top of that, would do something like that
8. Let’s sue them
9. Just stop writing hate comments… seriously, unless they are real criminals, it’s better to not say anything
10. Chanyeol just ruined his image even more for nothing.. pitiful ㅜㅜ
theqoo