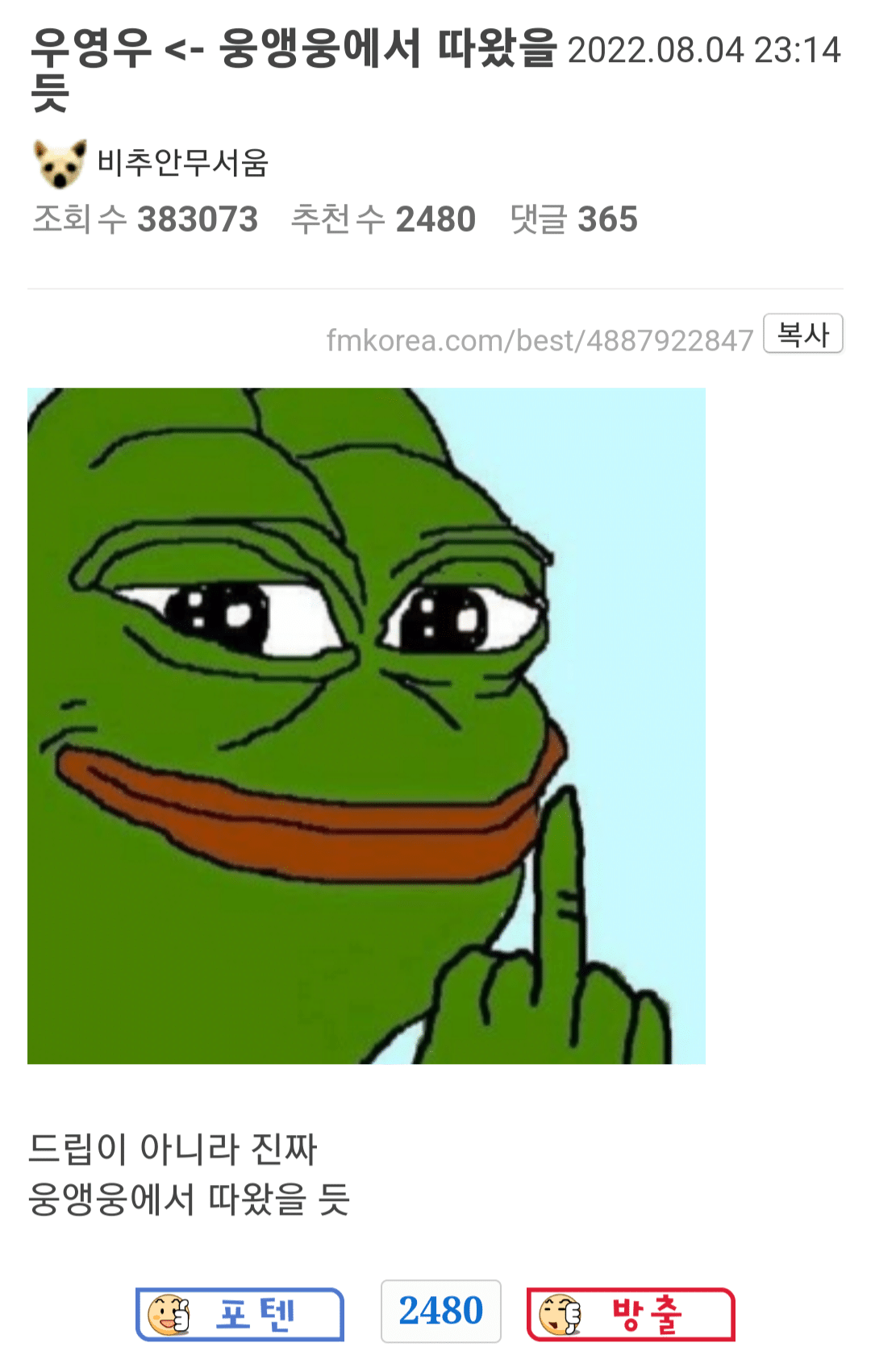 “Woo Youngwoo <- The name was created from ‘Woong-Aeng-Woong'”
“I’m not joking, they seriously made that name from ‘Woong-Aeng-Woong”
t/n: 웅앵웅 = To whine in an annoying way, the word is scene as a ‘feminist’ lingo by male communities because it’s a slang that is often use in feminist communities to describe men in a ‘hateful’ way (the most used term being Hannam). It’s similar to 오조오억 (Oh-Jo-Oh-Eok/ 5.5 trillion/a lot, we covered why it’s “offensive” here tldr: the term comes from the expression in 5.5 trillion s*x crimes committed, there is only 1 of them that is committed by a woman. But 오조오억 can be simply used as a way to express there are many things) 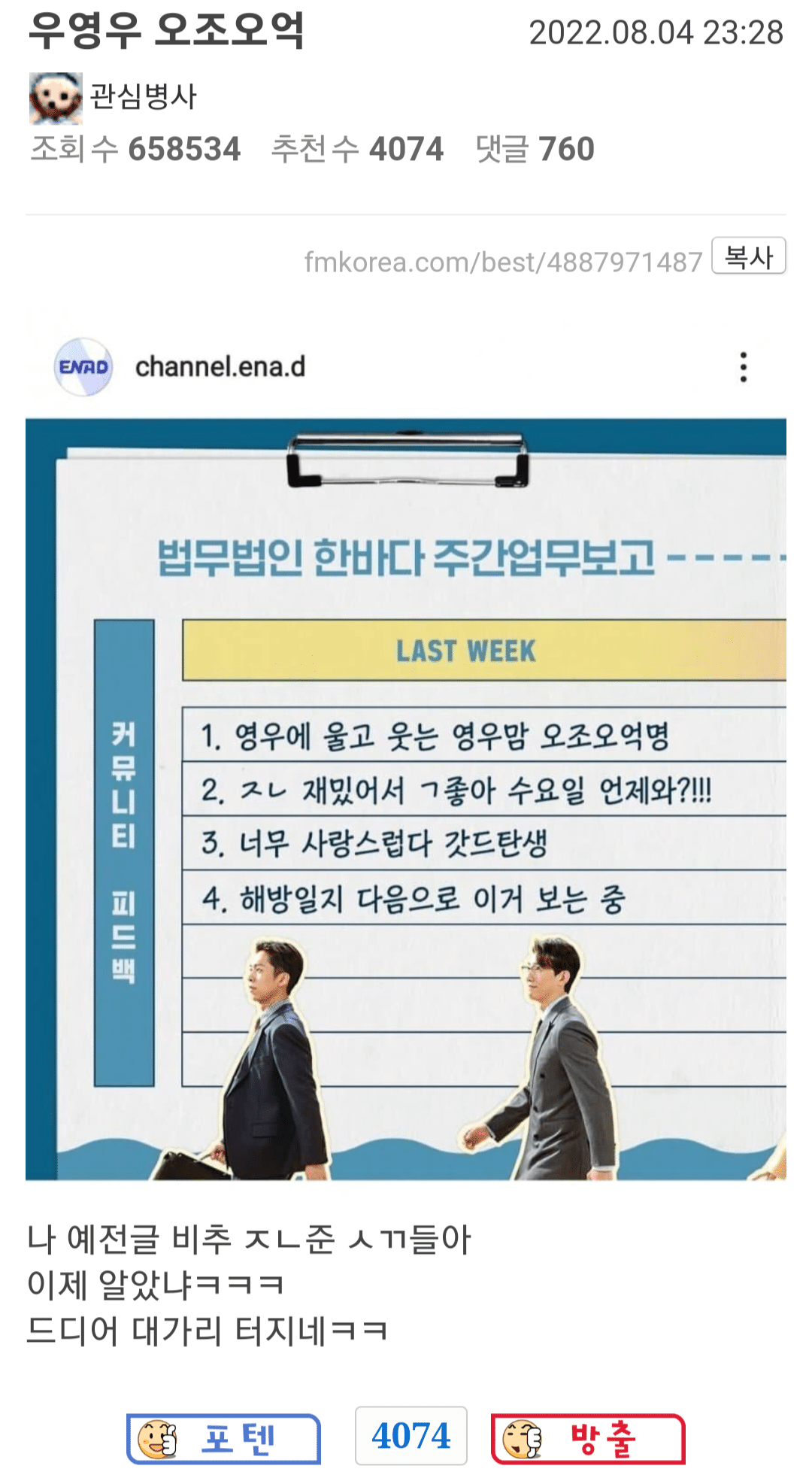 On Channel ENAD ‘s IG, they wrote some of the reaction/feedback from communities
the #1 reads: “There are 5.5 trillion people who are laughing and crying with Youngwoo”
original post: here
1. Just go die 5.5 trillion times, you guys are a waste of oxygen
2. Fine, you guys don’t have to watch itㅋㅋㅋ
3. Wow aren’t they scared to get sued…?
4. Huh? I’m more shocked that they’re even watching the drama all this timeㅋㅋㅋ
5. The hilarious part is that they’re not even trying to be lowkey about it and are straight up being shamelessㅋㅋ
6. No but I already knew that the 🤏  emoji made them convulse with their low self-esteem, but now they’re treating 5.5 trillion the same wayㅋㅋㅋㅋㅋㅋㅋㅋㅋㅋㅋㅋ
7. I’m more wondering why they’re watching the drama in the first placeㅋㅋ
8. Meanwhile those r*tards will grow curious about the issue and end up watching the drama more
9. Why are they making stuff up?ㅋㅋㅋㅋㅋㅋㅋ
10. Wait that picture is edited?
theqoo