T/N: Semantic Error is a BL drama that is super popular in Korea right now 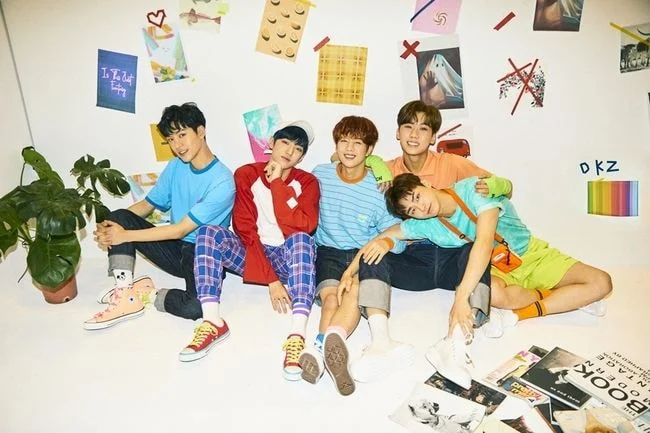 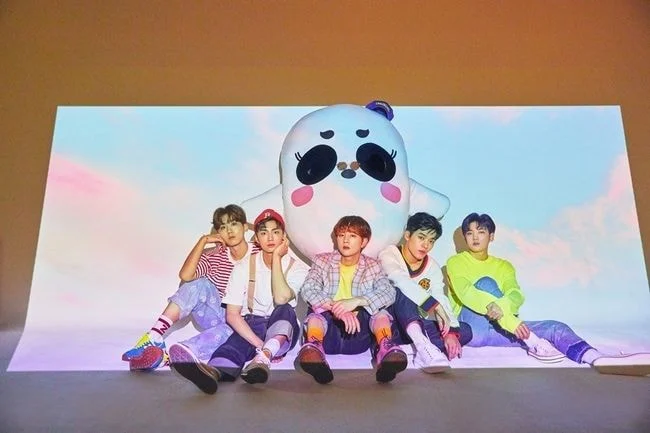 Boy group DONGKIZ showed off their outstanding potential even during inactivity.
Dongkiz released ‘LUPIN‘ in March 2020 and released in July last year.
‘CRAZY NIGHT’ has re-entered the charts of domestic music sites and is showing unusual momentum.
In addition to re-entering the domestic music streaming platforms, ‘LUPIN’ recorded a cumulative 1 million streams on Spotify, the world’s largest music platform, making Dongkiz’s global activity highly anticipated.
Moreover, ‘CHASE EPISODE1. GGUM’ achieved a new record, following Monsta X, SEVENTEEN, NCT, and TXT in the record sales company Beat Road, and ranked 5th (as of the 2nd week of March), realizing their extraordinary popularity.
As such, Dongkiz’s hot reaction both domestically and abroad is expected to be a result of the popularity of member Jaechan, who is currently starring in Watcha’s original ‘Semantic Error’.
Jaechan perfectly pulls off the role of the computer engineering student Chu Sangwoo  and showed irreplaceable chemistry and charm with Park Seoham, who played the role of Jang Jaeyoung, and received enthusiastic cheers from K-Pop fans.
On the other hand, Dongkiz plans to continue its activities in various fields through various contents, and will meet fans through music, drama, and entertainment.
source: https://www.newsen.com/news_view.php?uid=202203151434456710
original post: here
1. The group’s name feels like a backstab to them. I watched their stage and they were all good, the other members were also good but what’s even more important is that their song is good!!! I hope they find successㅠㅠ
2. I was curious about Lupin and went to watch the fancam on Youtube, I was shocked that it was so my styleㅋㅋㅋㅋㅋㅋ I also wonder if their Immortal Song’s stage will hit big? How are they so good?
3. JAechan’s body is so pretty and he’s super flexible~
His arms and legs are long and his shoulders are straight and broad 👍 👍
His neck is also long and his face is small
4. Jaechan-ah auntie will buy your album!!!! You deserve to comeback!!!
5. Jaechan please succeed, comeback in April!!!!! Grandma is buying your album!
6. I listened to their song for the first time and it was good, I only got to know them know, KPOP is way too saturated…
7, Hul he’s a 01’er? He turned out to be totally a babyㅋㅋㅋ Please hit big!!
8. I’ve liked this guy for a few years already, and I know his group too, it’s so nice to see him finally succeedㅠㅠㅠㅠㅠㅠㅠㅠㅠㅠ
9. Sangchu-yah grandma will definitely buy your album… I watched your drama happily and I will support your main job too
10. I searched for Lupin…Yah this is no joke
theqoo