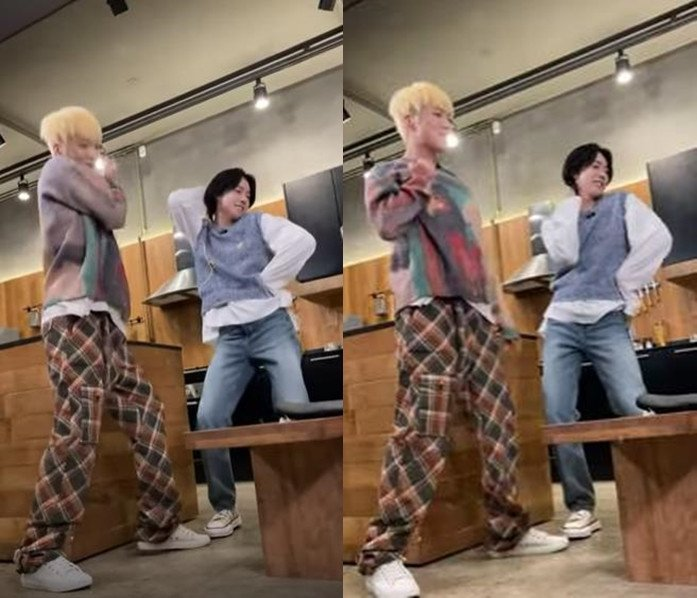 On this episode, Heechul chatted over drinks and played party games, as Kang Seung Yoon and Kim Jin Woo talked about their alcohol tolerance, preferences, etc.

While many fans enjoyed watching the main episode of ‘Street Alcohol Fighter’, a behind-the-scenes clip posted by Studio HOOK soon caused a stir, facing heavy backlash. In the behind-the-scenes clip, the two WINNER members are asked to do the trending ‘Cocaine Dance’, a popular dance challenge previously seen on ‘SNL Korea’.

When the ‘Cocaine Dance’ music came on, Kang Seung Yoon and Kim Jin Woo began dancing to the beat. Heechul then walked in and commented, “Are you guys going on Panda TV now?” In response to Heechul’s comment, Studio HOOK also added in captions like, “A user just sent a star balloon!”. (t/n: star balloon = what you send to have 1:1 chatroom with a BJ)

The Panda TV mentioned by Heechul is known as an online live streaming platform used by many 19+ content BJs.

As a result, some netizens criticized Heechul’s comment by stating, “Don’t reference such a remote platform with sensitive content when there are viewers of all ages watching this”, “That comment was uncalled for, and disrespectful to WINNER”, “Panda TV is on a very different level from the more popular streaming sites like Afreeca TV… This just shows that Heechul goes on Panda TV”, “It’s not a joke if you make the other person uncomfortable”, etc.

CR.Allkpop
original post: here
1. Did he finally go insane?
2. Kim Heechul gets into controversies so easily with his words… At this rate, I think every broadcast he appears on, they really need to validate everything he says before broadcasting them… I really hate people speaking rudely just for the sake of being funny
3. Does he think he can remove his filters because he’s talking to male idols? He never acts like that towards female guests
4. Most of Panda TV BJs are actually cam girls, mixing them with celebrities in the entertainment industry as a joke is seriously considered sexual exploitation
5. He’s referring them to cam girls…
I saw this when I watched Jin Yongjin’s Youtube and the people there are seriously all those people who’ve ruined their lives. They swear at each other’s faces and are just there to see people remove their clothes
6. Will he do the same towards female idols?
7. Kim Heechul will never change
8. Why am I not shockedㅎ
9. Ah Kim Heechul..I’m not even shocked
10. I’m so annoyed that my bias is intertwined with him. Just looking at Katalk, I see a lot of people asking why Winner is appearing on PandaTV
theqoo