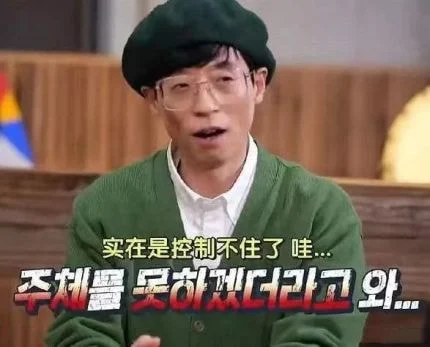 With the closing ceremony of the 2022 Beijing Winter Olympics on the 20th, all schedules came to an end.
As with all sports events, there are various judgment issues, but national MC Yoo Jaesuk made a statement about his convictions as a Korean citizen in an entertainment program in which he appeared about the short track race, where there were many suspicions of bias judgment, and Chinese netizens quickly responded to the content, translated his comments and started trending ‘K*ll Yoo Jae-suk’.
On the 21st, local Chinese media such as Soho and Wangi News reported that in the MBC entertainment program ‘Hangout with Yoo’ aired on the 19th, Yoo Jaesuk said that the judgment of the short track track at the Winter Olympics was ‘unfair‘.
In the broadcast on the 19th, the story of the Winter Olympics came out naturally while talking about each other’s current situation under the ‘Corona 19 Attack’ corner. In the process, Shin Bongsun and Yoo Jaesuk mentioned the short track game, and Shin Bongsun said, “I was a little angry at first”, and Yoo Jae-suk said, “I won’t be able to control myself on this topic wow… I was so so mad at first, but still some days later, we won gold so I was so happy”.
When making this remark, the Chinese media pointed out that Yoo Jaesuk’s reaction was excessive, saying that he made a gesture as if he had suffered a very unfair thing by biting his molars.
[…]
When a Korean reporter asked Hwang Daeheon how he felt about Yoo Jae-suk’s reaction like this, he said, “A lot of people were angry together and upset together. Thanks to him, I the result felt even more like ‘cider’ (refreshing).”
At 8:15 pm on the 20th, local time in China, Yoo Jaesuk’s fan club, ‘Yoo Jaesuk Universe’, announced a declaration of suspension of operation in a long post. “As a result of discussion with the management team, we are suspending the operation of this space, which we have been operating for a long time.” They added, “The people who will have the hardest time at this moment will be our fans,” and “No words can comfort us” and “Still, don’t blame yourself for loving him and having fun in the past.”
In addition to the official account, another account spreading ‘cut ties with Yoo Jaesuk’ was formed. “If you want to curse, only curse Yoo Jaesuk, there is nothing wrong with the fans”, “Goodbye, my youth, goo-bye to everyone” were some of the shared reactions. Some netizens did not hesitate to make personal offensive remarks, saying, “You are ugly, but you have fans in China.” “Ren Ziwei accepted his disqualification humbly yet Hwang Daeheon bashed China here and there when he got disqualified”. “That’s his own fault, why are they fighting against Chinese athletes for it?” he continued to criticize.
[…]
original post: here
1. They talk as if they were in a one-sided love and things ended, you guys were just stalkers
2. Anyways, they were watching our shows illegallyㅋㅋㅋ Nobody cares if you stopped your fanclub~~~~
3. Yoo-god is Korean and he’s receiving enough love in Korea and gets to promote here just fine?ㅋㅋ Anyways you guys were taking detours to stalk our shows illegally, leave Korean celebrities to Korea, you guys go stan Xi Jinping
4. Yoo Jaesuk is our national MC do you think your comments will affect him in any sort?ㅋㅋㅋ F*ck why should China have a say in Koreans supporting Korean athletes? This is so China-like
5. Yeah, we’re unbothered ㅋㅋㅋㅋㅋㅋㅋㅋㅋㅋㅋㅋㅋ
6. What are these illegal watchers saying… What an overreaction.. They’re watching Yoo-god illegally anyways…🙄 Do they think they did something?
7. Why do we need to care about China?
8. Seriously they need to cut down on their crap
9. Yeah~ nobody is bothered by these illegal bugs.
Our Yoo-god, let’s walk on flower path💚💚💚💚💚
10. ㅋㅋㅋㅋㅋ Yoo-god will still be who he is without you guysㅋㅋ you were watching him illegally anyways
theqoo